This year it felt like Father's Day was a little overshadowed by my race on Saturday.

Ok, a lot overshadowed. My bad.

Originally, we had intended on going to the in-laws for a BBQ, but apparently no one passed this info along to my Father-in-law. So Trav's grandparents took him out for dinner instead. We weren't exactly invited although I'm sure it would have been ok if we went along, but we didn't find out until Sunday morning as we were trying to finalize plans with Trav's sisters. So....

Instead, we decided to just stay home and celebrate as a family. Our CSA share included rhubarb for this week, so I decided to make a strawberry rhubarb pie. I'm not a big fan of rhubarb, but hey - might as well use it. 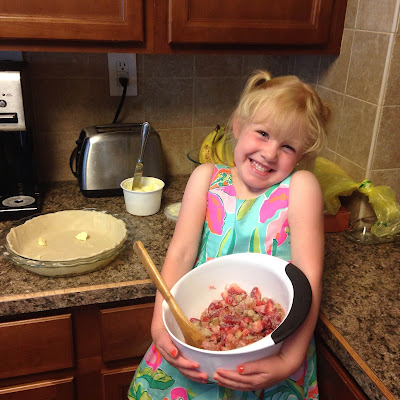 Here's my little helper, hamming it up for the camera. For some reason, she really, really, REALLY wanted to wear a dress on Sunday. Like, cried about it because she wanted to wear one so bad. Ok fine. But once she wanted to go outside, I told her she had to change into play clothes so she didn't get her dress dirty. She was totally fine with that, thankfully. So, the dress lasted about 2 hours. Whatever. 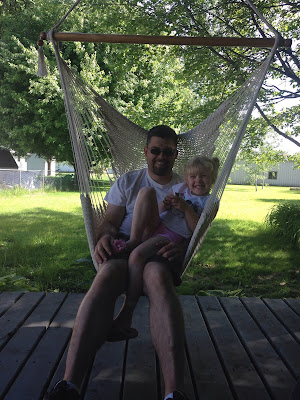 We were blessed with fabulous weather on Sunday (hello, where was this on Saturday?!), so we were outside a lot. We grilled brats, some corn on the cob, and I made a fresh salad. We even had a bonfire after dinner for a little bit.

I think this all the time, but I probably don't say it enough. Emily is so lucky to have Travis as a Dad. He is amazing in his love and support for us both. I am beyond lucky to have him as a husband and partner-parent.

I saw this on Facebook awhile ago, and it continues to ring true for me: 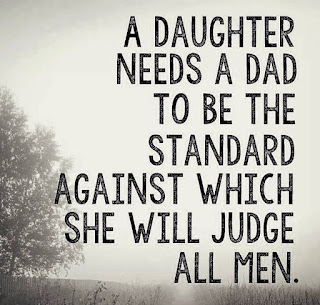 My Dad has always been there to support me, love me, cheer me on, guide me, and lift me up. He is one of the most self-sacrificing people I know in his way of giving to others, especially family. He has given me an incredible example of what a Dad should be, and I hope that Emily sees that in Travis as well. Because I sure do. 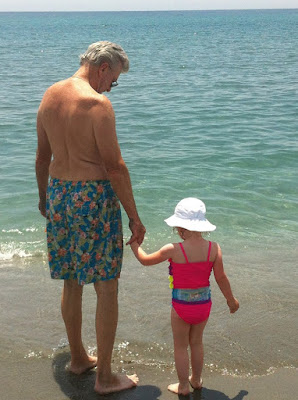 As for that pie? Well, it wasn't the most beautiful pie ever, but it sure did taste good! 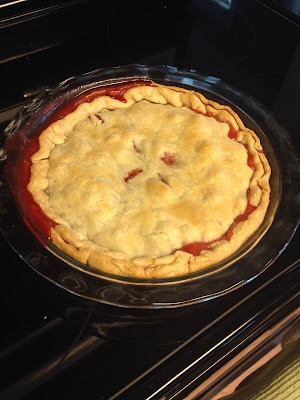 How did you spend Father's Day? Have you ever tried rhubarb?
Posted by Ali at 6:10 AM