Blizzards. I dig them.

No, I haven't lost my mind. To 99% of the population, a blizzard looks like this:

But this week, we were supposed to get a blizzard. On "Blizzard Day 2011" our weather looked more like this: 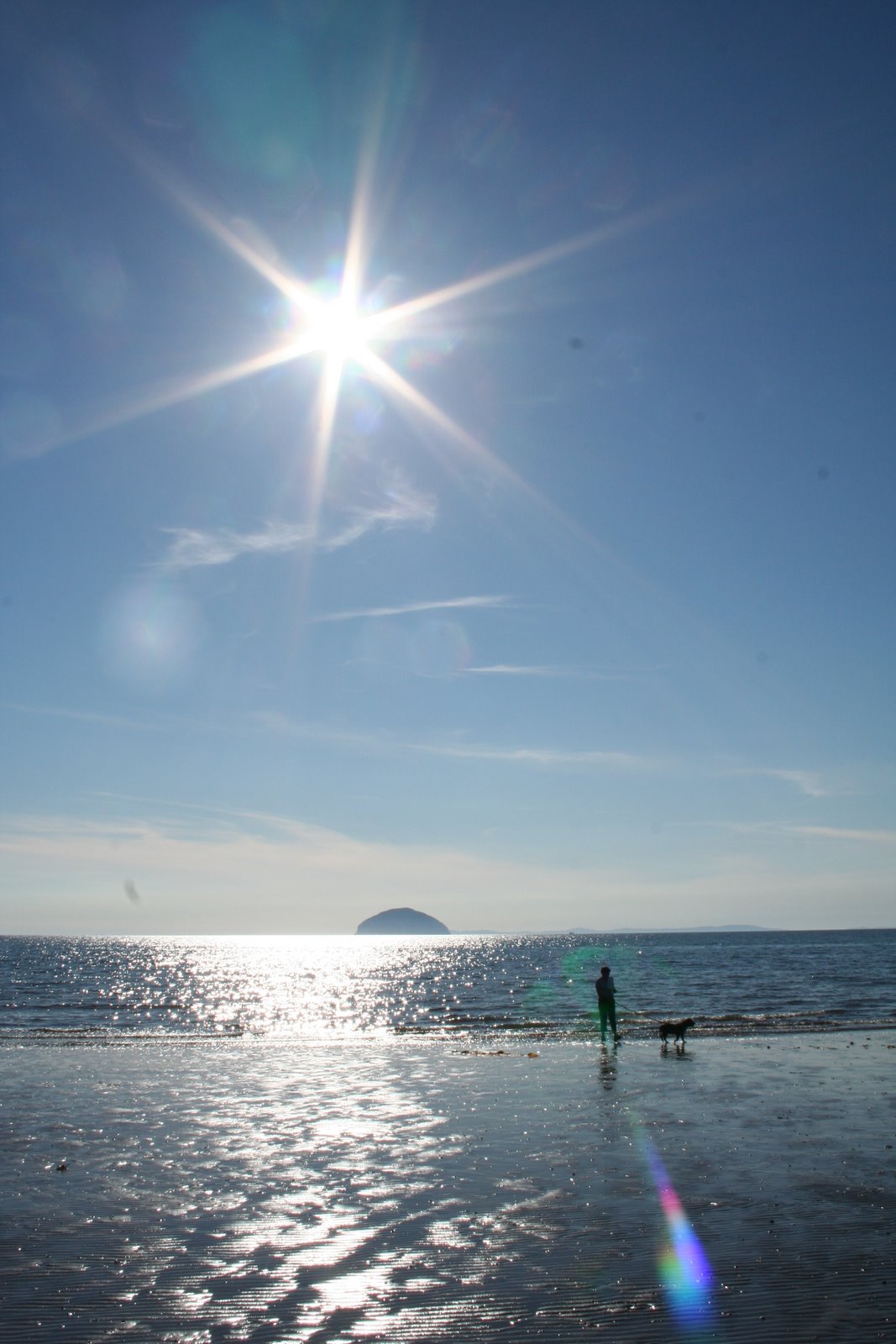 That's right. Sunshine, not a cloud in the sky. It was a beautiful day. I think the weathermen that air the doomsday snow and wind pictures on TV are really just lying. So I've decided that if that's what all our blizzards are going to be like, I'm totally cool with that.

In other news, being pregnant is hard work. Really! Think about it: 100% of my day is now spent growing another person. I don't think that's to be taken lightly. We went to Target yesterday to finish off our registry, and then walked around the mall for 45 minutes and I'll tell you what - I was pooped. I spent the rest of the evening on the couch with barely a cognitive thought going through my tired brain. But you know what's really cool? Visible kicks! Travis felt his first kick the other night, and I now sometimes see her kick instead of just feeling it. Like I said: it was hard work creating that :o)

We're in the middle of all types of nursery themed projects. Travis has nearly completed the new closet doors, and we're measuring for new windows in there. Of course because our 90 year old house has to be you-neek, nothing is standard size. So our "special" windows are going to cost about $75 more per window. Special windows indeed. We bought paint, but Travis said there is no sense in painting until we have the windows installed and the trim back up. So we wait. The color I chose is called "Water Lily Bloom":

I wanted pink but I didn't want PINK!, so I thought this was a nice muted shade. We'll see how it looks on the walls! Here's my latest picture at 23 weeks. I'm starting to feel like I look huge! 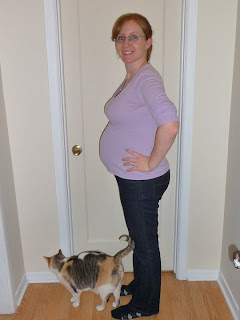 You know you're a grown up when...

Lately I've been feeling very "grown up". I've always sort of felt like a 12 year old living this adult life, despite getting married, having a real job, buying a house, etc. Having a baby certainly brings on that "adult" feeling, but until she gets here I think that it still doesn't feel real.

What really makes me feel grown up? Purchasing our first set of real, matching bedroom furniture! Shocking, right? Travis and I have never had matching furniture in our room. Or very much at that. No headboard, office furniture as a nightstand, and one lone dresser. Quite the college set up if I ever did see one. So we decided to bite the bullet and buy some furniture for ourselves before everything became about the baby.

Our beautiful furniture came this week and I couldn't be happier! 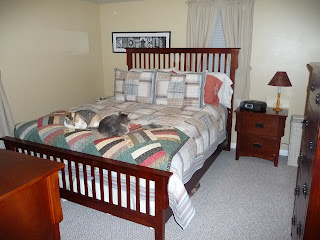 Our lovely headboard/footboard combo and nightstand. 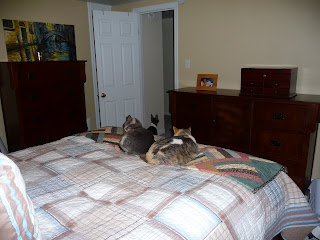 The set is pretty Mission style, although I wouldn't say that that's my "style". I was just drawn to this set and I think it's beautiful. A little big for our room, maybe, but we can live with it! Best of all? We got it 1/2 off and it's all paid for!

So for right now I feel a little grown up. As soon as the newness wears off though, I think I'll revert to feeling like I'm 12 again, playing wife and soon to be mother.

In other news, I believe we have a shower date set! The moms have picked Easter weekend, April 23rd and my parents got their plane tickets all booked. So now we have to get the registry done. I started one on the Target and Babies R'Us websites, but holy-overwhelming-baby-madness. There is so much stuff. And it all has to be researched. Is it safe? Is it soft? Is it necessary? Welcome to my headache! Slowly but surely we'll get there. Plus, I keep telling myself: my parents survived lead-based paint and cars with out seatbelts (never mind carseats!). I survived a trip down our basement stairs in my rolling walker. Our baby will be ok!
Posted by Ali at 4:58 PM 3 comments:

So where are we two years later? Three states away where it's still snowing in March, living in our own home, preparing to welcome our first baby into our lives. Wow can two years change things! I can honestly say that our second year of marriage was a lot smoother than our first year. There have been some bumps along the way, but hopefully life continues this upward slope!

On Monday Travis starts working in the office full time and will no longer be working late nights doing the janitor work. Hooray! I'm sure he's not looking forward to the early morning wake-ups, but I'm looking forward to having him home in the evenings and actually eating dinner together. Hooray for normalcy!

This week I have an appointment to interview a home daycare woman for when little Emily makes her appearance. This has been such a headache of an experience. Living in a small town sure has it's drawbacks at times. We only have two daycare centers, which are more expensive than in-home care, of course. I'd prefer to use in-home care anyway, so I asked around for recommendations and such. That yielded little fruit, so I turned to our local social services website and printed off all the names of licensed in-home daycare workers in our town. I called every single one, and only found one opening. One! I got on a couple wait lists, so we'll see what happens. Hopefully this woman is wonderful and I feel comfortable with her so we can just move foward with her. Fingers crossed, wish me good luck!

Here's a progress picture for you. Can you believe I'm already at 20 weeks? We're halfway there! If time flies for the next 20 weeks like it did the last 20, we'll have a baby here in no time! 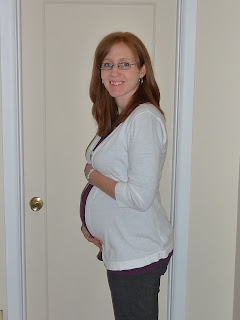