I do like to dress up my kiddo though, because she's still young enough to let me. This is her fake smile because I made her take a picture before I'd give her any of her Valentine's candy. Bribery at it's best!


Instead of going out, I opted to make us dinner. But, because it's my day too, I wanted to make something easy. I decided on Skinnytaste's Italian (chicken) Sausage with Peppers and Onions, with a side of roasted parmesan broccoli. This recipe cooks up really quick. Skinnytaste recommends cooking the peppers and onions first, but I threw the sausage in at the same time because that just makes sense. 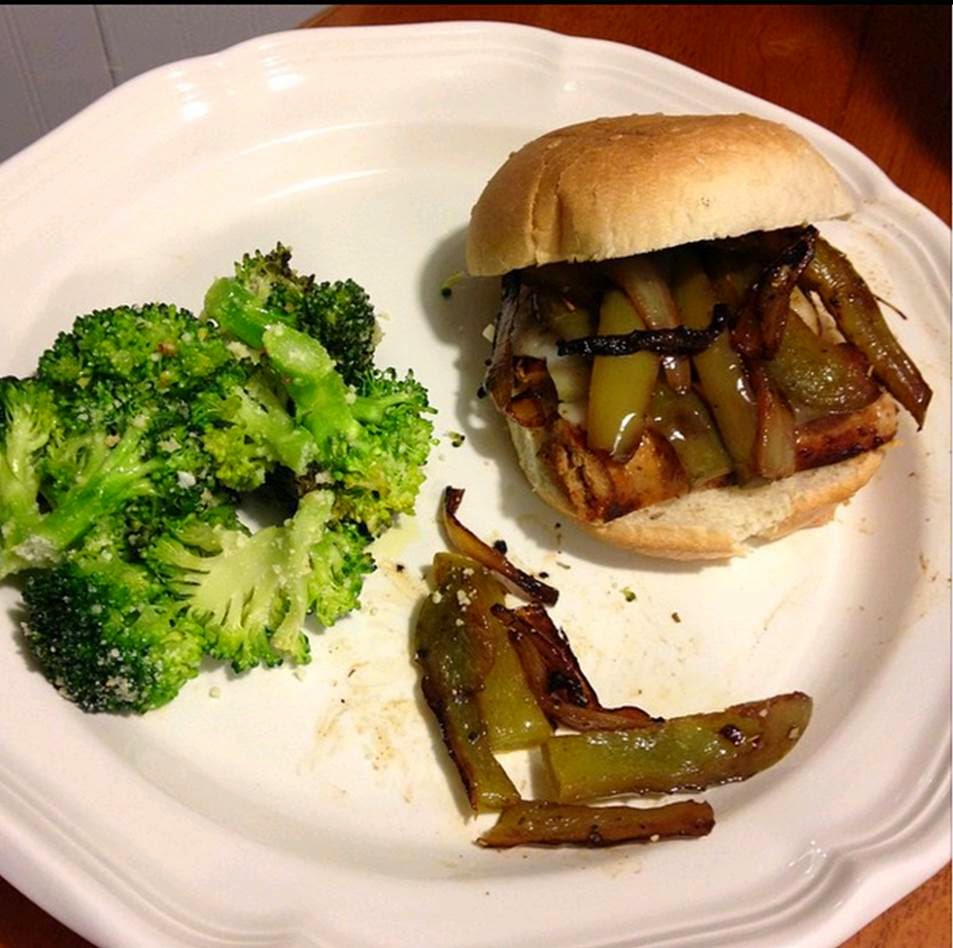 Served on a low calorie whole wheat bun with a slice of Havarti cheese (1/3 of a slice because we only had one left!), this sandwich comes in around 250 calories. Way healthier than a Philly Cheesesteak, and just as good in my opinion. The grocery store only had hot italian sausages, so it had a little kick to it. But we like it spicy in the Scofield house. ;o)

There was also some chocolate and mushy cards involved with our Valentine's Day, but I'll spare you the details.

Back to the food.

I decided to make these on Sunday to spoil my family a little. Also, because I like cookies. 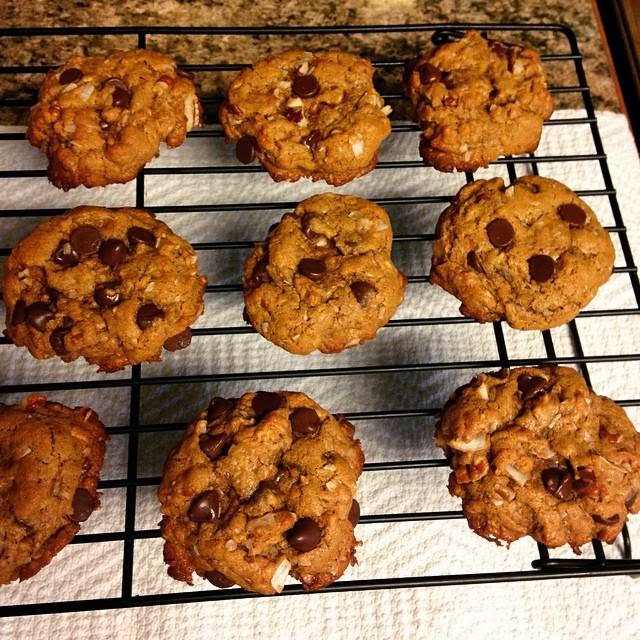 I don't really do "difficult" in the kitchen, so I loved that these came together fast with a few ingredients. They're mostly peanut butter, brown sugar, chocolate chips, unsweetened coconut flakes, chopped pecans, and some Chex Mix because...why not? They're basically "whatever I have in my pantry and need to use up cookies". Best right out of the oven, but tasty a few hours later, too.

We tested them out after lunch on Sunday. Let me tell you, there was pure silence as we ate these cookies. No words could be heard because we were all enjoying our cookies too much. They totally satisfy that peanut butter-chocolate craving that I always have. Always.

In the midst of hearing about everyone's Valentine's Day, I figured I'd give you a break from the mushy. You're welcome.

Did you have a good weekend? What's the best thing you ate this weekend?