The Day the Blender Died

In my recent cooking endeavors, I've been pretty consistent in picking good recipes and making good food. There haven't been too many recipes where I've thought "eh, could probably take this out of the rotation." But there have been some that were putzy or not quite what I was thinking it would be.

Or some recipes where I've just messed up. Enter: Skinnytaste Silky Edamame Soup. (The link is to the Love & Olive Oil blog where she makes & reviews this soup). Edamame is the fancy name for soy beans, and they are ridiculously high in protein. Win!

I thought it sounded interesting because:
A) I'm always looking for good soup recipes
B) It's vegan, sounded easy, and only 173 calories per serving.
C) Uses something we don't typically eat - I'm always up for something new.

I credit my newness in the kitchen and general lack of broad knowledge when it comes to cooking for why this recipe failed so badly.

You see, the recipe calls for "shelled edamame". In my head, that means edamame left in the shells. Apparently, it means exactly the opposite.

So I happily got this going on Monday night, cooked up the edamame in their shells, and then dumped them in my blender to blend them into silky perfection. Things were going well! Until my blender started making some interesting noises.

You see, edamame are like sugar snap peas, in that they have a little zipper like-hair type thing that keeps the shell together. 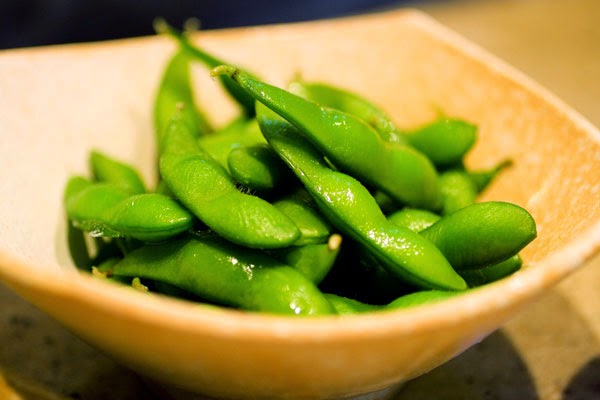 These little strings are like plastic, and apparently indestructible. So as my blender is "whirrrrrrr-ing", the little seam thingies started wrapping around the blades at the bottom, causing it to work harder and harder, until finally the soup was "blended"...

and the blender was smoking. Uh oh.

I immediately unplugged the blender, which thankfully averted any kind of kitchen fire. But when I dumped the "soup" back into the pot on the stove, I found all the little string things at the bottom of the blender. Unfortunately, some of these did get chopped up into tiny pieces and made it into the soup. I tried straining it, but getting every last piece was pretty hard. Trav and I both tried a spoonful, but it was like eating soup with bits of plastic...not so tasty.

The soup ended up in the garbage. We had PB&J sandwiches for dinner. Fail.

At least it looked pretty? 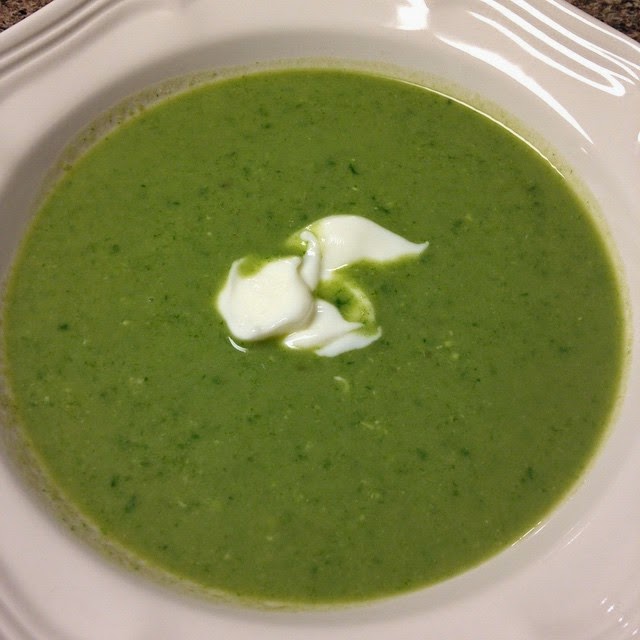 I'm going to try it again this weekend, making it correctly this time. Also, with the help of my new friend which should arrive on Thursday. Thanks Amazon! 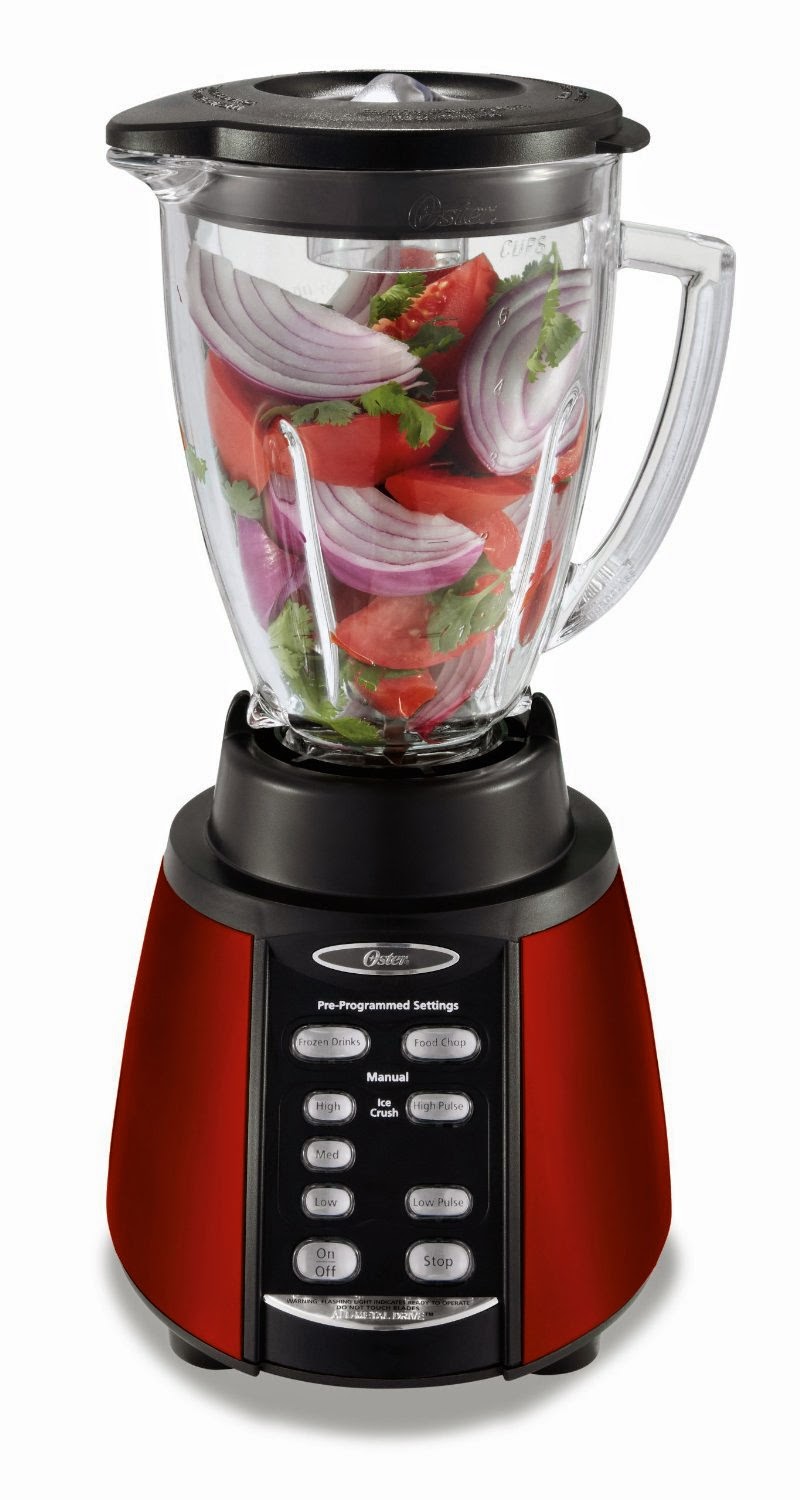 Have you eaten edamame? Would you have known to take them out of the shells?