I have had a hankering for brownies lately. Good, warm, ooey-gooey brownies. No, I'm not pregnant, so let's just get over that. I just want a dang brownie!

My Grandma used to make the best brownies with cherries in them when I was young. They were so good! But now, in my old age of nearly 30, I don't really like to mess my desserts with fruit. Just give me chocolate, straight up. I also want to be slightly health-conscious because I'm watching my girlish figure and all that. So imagine my surprise and delight when I found this recipe for 37 calorie brownies! That sounds like a little brownie gift from God, no? Here's the picture in the link: 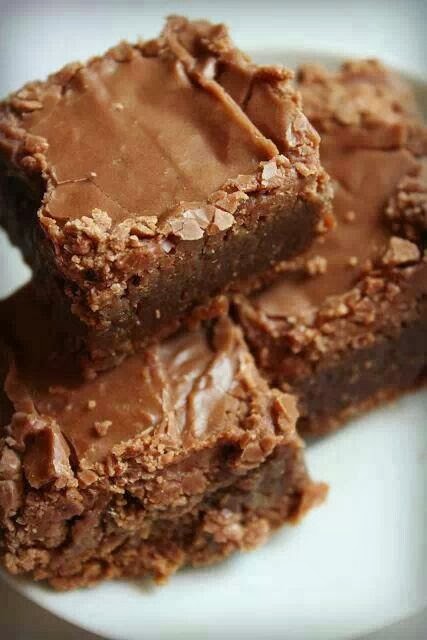 I mean, come on...37 calories? I've got to try these! So, last Saturday I decided to whip them up with the help of Emily. They have weirdo ingredients like applesauce, greek yogurt, rolled oats, and Truvia instead of regular sugar. I figured we could at least try them and see how they turned out.

In a word...gross. They were flat, and not very sweet. Kind of like eating baking chocolate. Yuck. We each had one and then I promptly threw the rest of the pan away. Here's a picture of what they actually look like:

Some people may like this kind of thing, but my opinion: blasphemy!!

So, with my craving for brownies not quite fulfilled, I made a pan of simple box brownies. That was ok and they were good and all. But then I saw this recipe for Nutella Brownies. Say what!?!? That's like combining all of my favorite things in one nice little package. I had to try them!

The recipe says to use a 9x13 pan. My immediate thought was "oh yea, we're going to have lots of brownies!" Then you mix together 2 sticks of butter, 2 1/4 cups of sugar, a bunch of cocoa powder (2 kinds!), an entire jar of Nutella, and lots of chocolate chips.  So, not so healthy. Even I was starting to laugh a little at the ridiculousness that was Nutella brownies. But then, they come out of the oven and it's hard not to imagine eating the whole pan with a bucket of vanilla ice cream while you happily gain 50lbs.

I present to you, the Tower of Brownies: 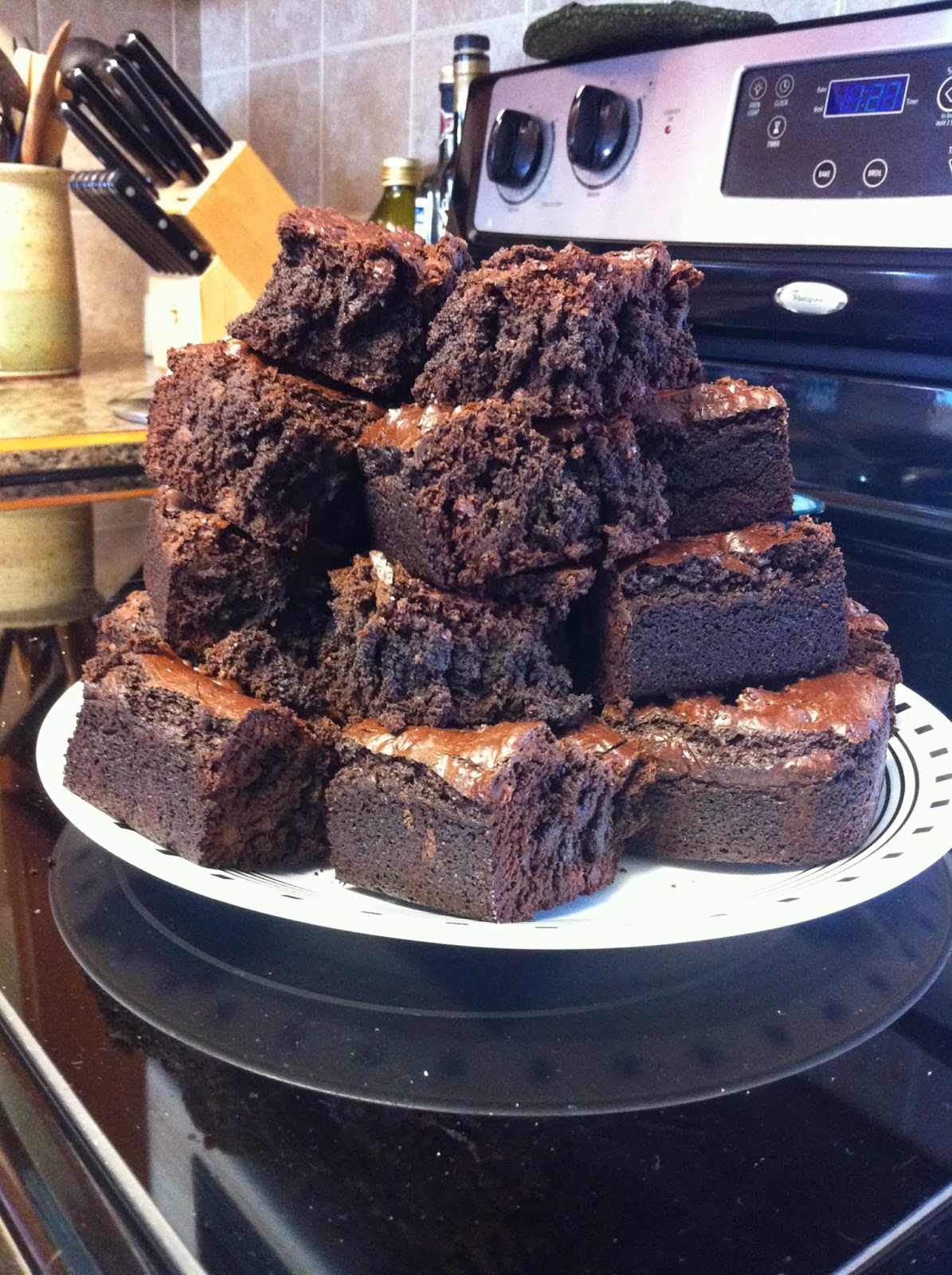 Yum. I eventually decided to put most of these in the largest tupperware container I own so they stay fresh. I will admit, I overcooked them a little so they're not quite as fudgey as I would like. Which really means I just have to make them again to obtain perfection. A little precaution: you will need a glass of milk while eating one of these bad boys. It's ok, you can thank me later.

What is your favorite dessert?
Posted by Ali at 9:30 AM