Today is my 5th wedding anniversary. How did that happen? Seriously. Just yesterday we were two kids playing house and wrapped up in wedding planning. Now we have a kid, and play "house" with plastic teacups and baby dolls. Where does the time go? 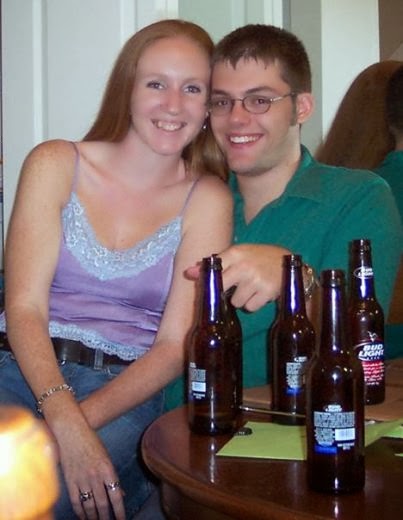 This picture was taken about 6 months after we started dating in 2005. I was 20 and Travis was 21. Ignore all the beer bottles - it was a typical college party. We look so young!

We were still living in Florida, not really considering moving anywhere. But the world was still our oyster then, and anything was possible.

Fast forward 4 years, and we're living in Missouri and getting married! 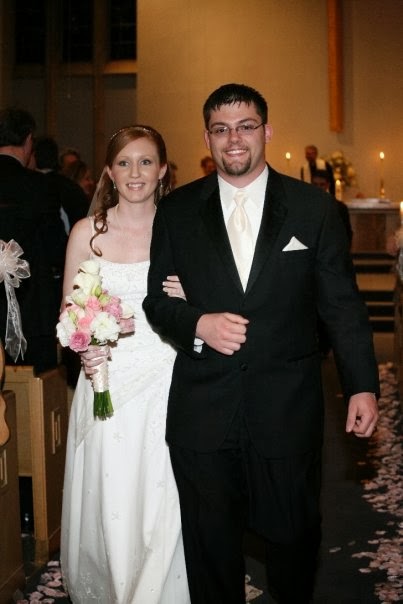 Our wedding was fun and amazing, and I was so relaxed that day. My maid of honor even forgot Trav's ring and I had no idea until much later. Apparently, my brother snuck out and found it in my day-of bag. He saved the day! It's so funny! I did a lot of pre-planning, and it really helped the day go smoothly.

Shortly after the wedding, we ended up moving to Minnesota. If God himself had come to me when I was in high school and told me that I would end up getting married and moving across the country, I'm not sure that I would have believed him. But here we are, nearly 5 years later. Living in the Great White North, with a toddler, real jobs, a mortgage, etc. Playing house has become real life.

I'm starting to feel like a bit of a veteran in married life. We're at a comfortable stage in our relationship, and yet still have fun, and have new things to talk about. I think it's important that we have different interests, but are interested in hearing about the other person's interest. Comprende? Or maybe I just try to convince myself of that when I'm rattling off about running and races I want to do.

That's not to say that being married is all fun and games. It's still work. There are definitely times when I sit back and realize that I'm not being a full participant in "us". Sometimes I leave the parenting to Travis too often, or even take for granted that he'll be there when I get home and need him. It's times like those that I make myself step up to the plate and be more involved. Because I want to, and I'm one lucky lady that my hubby is a patient man. And our life together is better than anything I could have ever imagined. 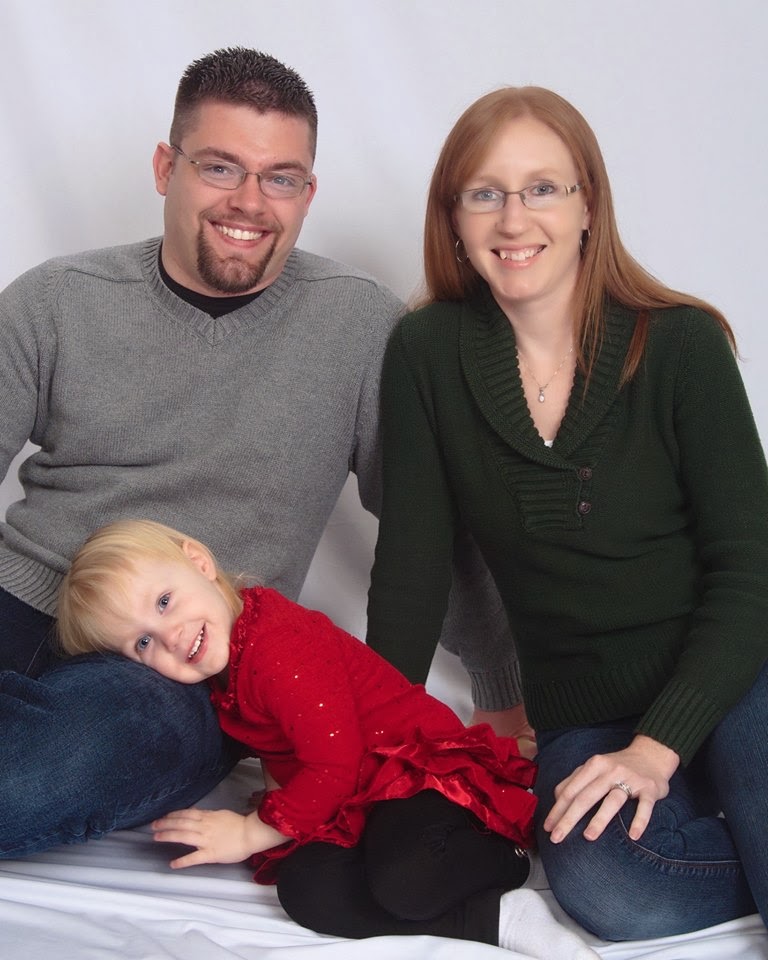