It's Monday, which means I have less than a week until my next half marathon.

Actually, right at this very moment I'm feeling ready. I had a pretty decent 8 mile run on Sunday, and I'm feeling good. I think I've let go of my time goal, and have accepted that as long as I finish then time doesn't matter. Since it's a trail race, I know it will be different than any road race I've done. This is how I'm feeling right now. My opinion may change in the next few days, or few minutes.

We've also started a countdown to our trip to Florida. Emily has been talking about it a lot, and says we're going in "two more sleeps". Not quite...more like 19, but she can't count that high. I told her 3 weeks, but "weeks" sounds like "sleeps", so she's just confused in general. Aren't we all?

On a different, completely unrelated topic - have you ever tried almond butter? It's just like peanut butter, but made from almonds. Never would have guessed that, huh? 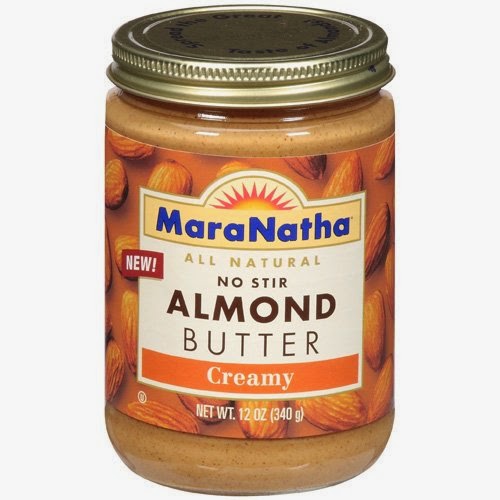 Almond butter seems to be all the rage right now amongst healthy eaters. I wasn't so sure about it, but decided to try it. Here is a helpful hint for you: try someone else's before you shell out $5+ for this stuff. It's ok, but nothing spectacular. Also, it makes my stomach hurt. I've tried it 3 times with the same results. I don't know why, but I'm a little miffed that I spent the money and now can't eat this. So I will be sticking with my Jif Natural, which has the same amount of calories and a negligible difference in protein/carbs/sodium. Poo poo on you, almond butter.

Do you eat almond butter? Do you think it's the greatest thing since sliced bread?