This year, I read 41. You know, just so I could do a *tiny* bit better than 2013. I wrote a mid-year check-in to chronicle my reading list thus far.

That was at about 25 books. Then I read a few more:

Just in case you were unsure, I like to read. A lot.

We have basic cable so there's not very much junky TV watching going on. PBS for the win! I like to read before bed. I also usually read on my lunch break at work, or when Emily is watching Frozen for the 293rd time, or during nap time, or even that last half hour at work when things are kind of slow.

So, whenever I can fit it in really.

I think that if I hadn't read IT by Stephen King, that my list would have been longer. That sucker is over 800 pages and was no quick read. Let me tell you! I probably wouldn't recommend it either. At a certain point, it wasn't scary anymore; I just wanted it to end.

If you like historical fiction, I would suggest The Invention of Wings. Set in the early 19th century, Kidd chronicles the lives of an upper class white girl who is given a slave for her 11th birthday.

Personally, I loved The Whistling Season. Loved. Here's my review from Goodreads:

"I love this book. It is so beautifully written, and the series of events are surprising and natural at the same time. I couldn't put it down, but didn't want it to end at the same time. Paul is the epitome of the older brother, ever watchful, while Damon is feisty and fun and Toby is just young and adorable. You can't help but fall in love with these honest characters, so accurate and honest in their depiction of 1900's homestead lifestyle."

Of course, I loved Tana French's The Likeness, which is the second book in the Dublin Murder Squad series. French can do no wrong in my eyes. Some of the same characters pop up from novel to novel, but each one is different enough that you don't feel like you're really reading a series.

I would also really recommend War Brides. It's another historical fiction about a group of women thrown together during WWII while the men are off at war. But I'm a WWII junkie, so there's that.

The rest of the books on my list are kind of "eh". Mean Streak is about a marathon runner, and apparently it's one of top selling books of 2014. But it's your typical mystery/suspense book with romance thrown in, and not super believable. In my humble opinion.

Currently, I am reading The Interestings by Meg Wolitzer. Goodreads says I'm 68% done. I feel like it could end any day now... 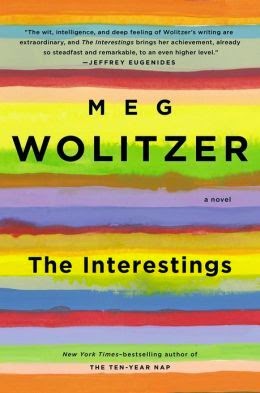 On tap is Daniel Silva's The Heist, for bookclub. 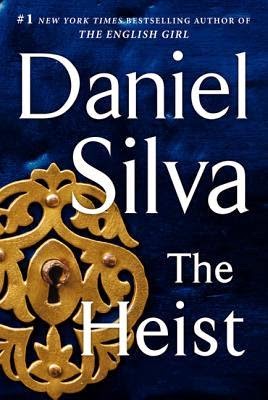 What are you reading? Any new suggestions for me?