It has truly been a "Monday" so far in my household, and it's not even 9 am yet. So I'm hoping the day goes up from here, and am choosing to dwell on the past for a few more minutes. I had a great weekend!

Friday I got to spend the day playing a true Minnesota sport: Curling. Click on the link for a definition, but basically curling is a team sport with 3-4 players on each team. It's played on ice, and basically you slide a "rock" down what look like a bowling lane towards a target called the "button". One or two team members "sweep" in front of your rock as it slides in an effort to make it go faster or farther. Each team member throws 2 rocks, and the goal is to have the closest rock to the button and the most rocks around the button. You play 4 heats, and the winner is whoever had the most points from each heat.

Curling is actually an Olympic sport, and my area typically sends a good deal of players. We have Curling clubs, and it can get quite competitive!

Our Chamber of Commerce hosted a Funspiel (meaning it was just for fun, friendly competition), so my company sent a team. A coworker managed to convince me to go, so I thought why not? It was a lot of fun! Although I have learned that I'm not very graceful, and fell down on the ice a few times. I have some lovely bruises to show for it. But overall it was a fun day, and my team even won our 3rd heat!

Saturday we brought Emily to see Santa down in Duluth. This is the Santa that she's seen for 3 years now, so I figured we'd keep the tradition alive. Hopefully that Santa sticks around for a long time! I think Emily is finally realizing the importance of Santa, because she was actually pretty nervous. She absolutely did not want to sit on his lap, but did talk to him a little and posed in front of him for a picture.


Afterward we went to a fabulous pizza place called Pizza Luce, where Trav and I each ordered a small pizza. I had the Spanish Chicken and ate the entire 10" pizza. It was so good! Trav and I traded a slice of each other's pizza so we could taste the other one. He had the Luce, which was good - but mine was better!

After dinner, we visited Bentleyville - which is "America's largest free walk through light display". It is amazing! You walk through tunnels lit up by Christmas lights in a circle around a huge Christmas tree made of lights. There are tons of lit displays including characters from Sesame Street, Rudolph, Santa's circus, a 12 days of Christmas display, and tons more. They also have a cookie house where you can get free hot cocoa and shortbread cookies. Halfway through you can visit the popcorn house and the marshmallow hut - where they give you marshmallows on a stick to roast in one of the many fire pits available. They also have a Santa you can visit, but the line to wait is usually over an hour long. Again, it's all free!

Emily just loved Bentleyville! I can imagine that it is just magical for a child her age with all the lights. The goodies just make it that much more fun.

Since it is all outdoors, we really bundle up. Emily never complained of being cold though, and we thoroughly enjoyed our visit!

Sunday we just spent the day relaxing, listening to Christmas music, and watching it snow outside. I also made these: 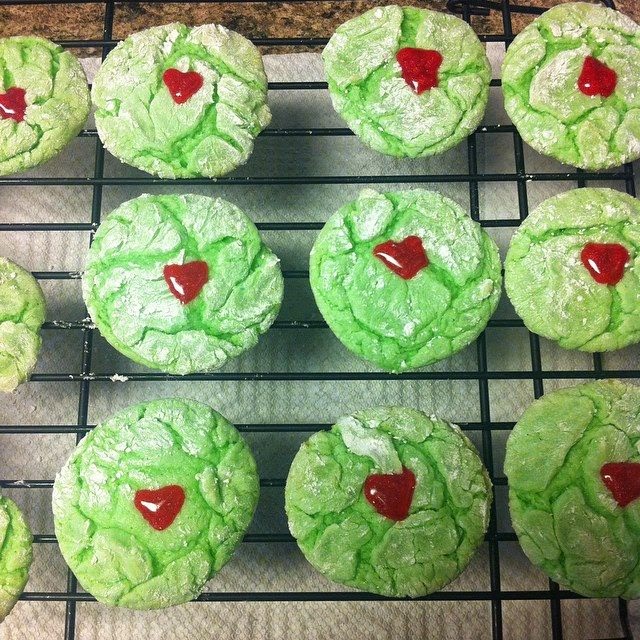 More to come on Wednesday!

Did you have a good weekend? What are you doing to get into the holiday spirit?