On Wednesday night, Travis and I enjoyed the "Island Hopping Caribbean Rum Dinner" at a local restaurant called The Whistling Bird. I'm still drooling over the food we had, so this counts as a Friday Favorite. It's a Caribbean themed restaurant, which you may think is an odd place to find here in Northern Minnesota.

Trust me, it's definitely out of the ordinary, but if you're ever in my neck of the woods...go there. You will not be sorry! Trav and I really enjoy Latin flavors in our food, and are always willing to try something new. We've been a few times and ordered off their normal menu, which has never disappointed us. So we were all in for this one! 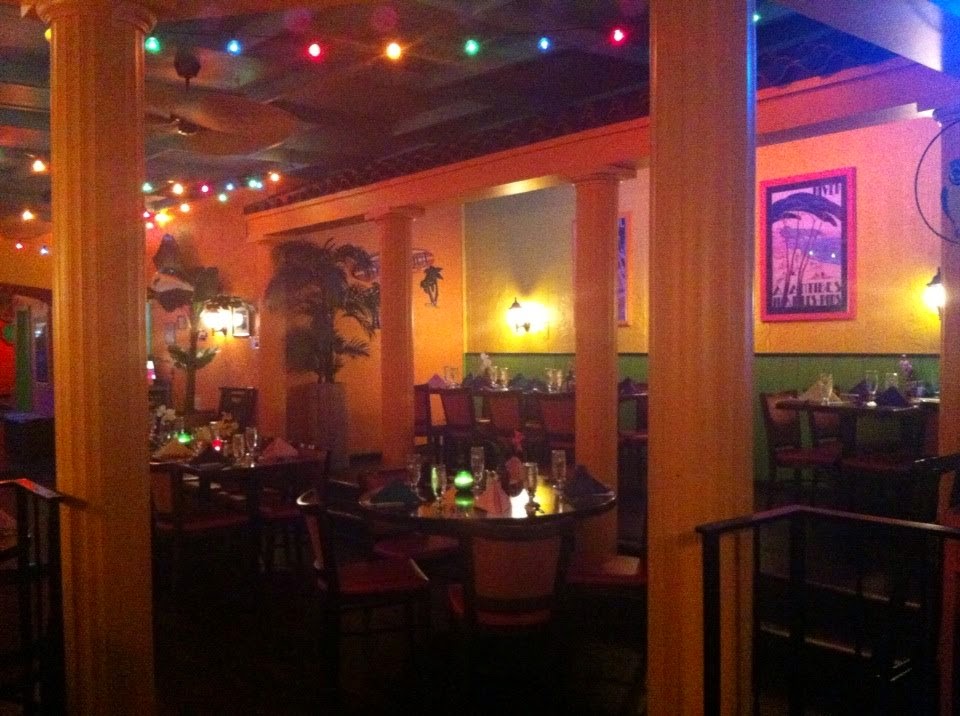 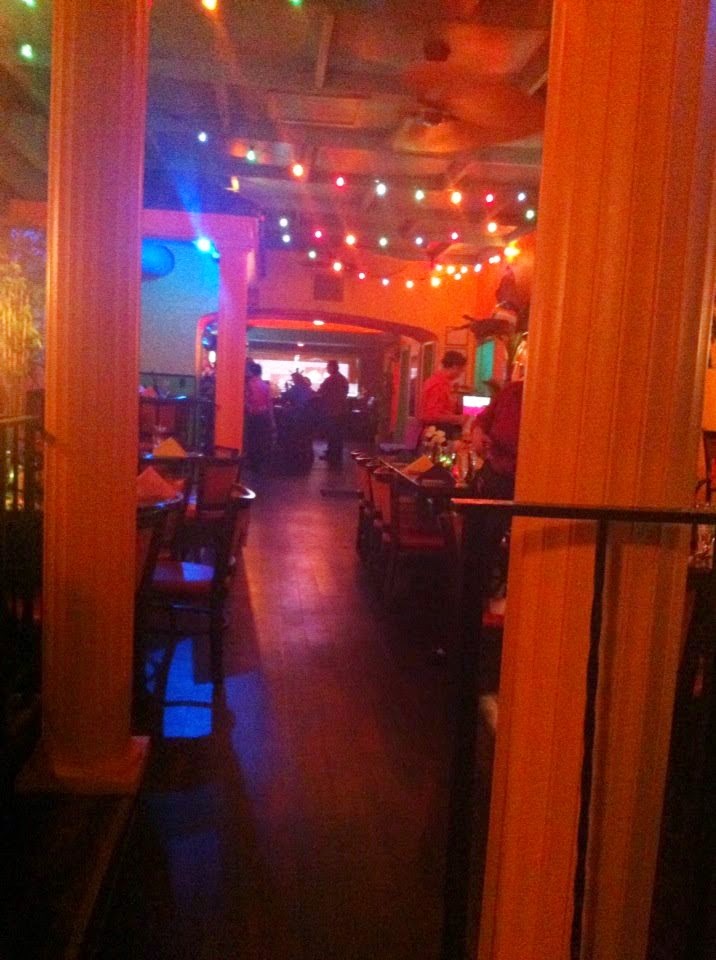 The restaurant is decorated like something straight out of the tropics. Lots of bright colors, island music, and palms. The bar is at the front of the restaurant with some seating as well. They closed the restaurant for this event, and we were one of the first tables to arrive, so I snapped a couple of pictures before everyone else showed up.

I apologize for the crappy iphone photos. 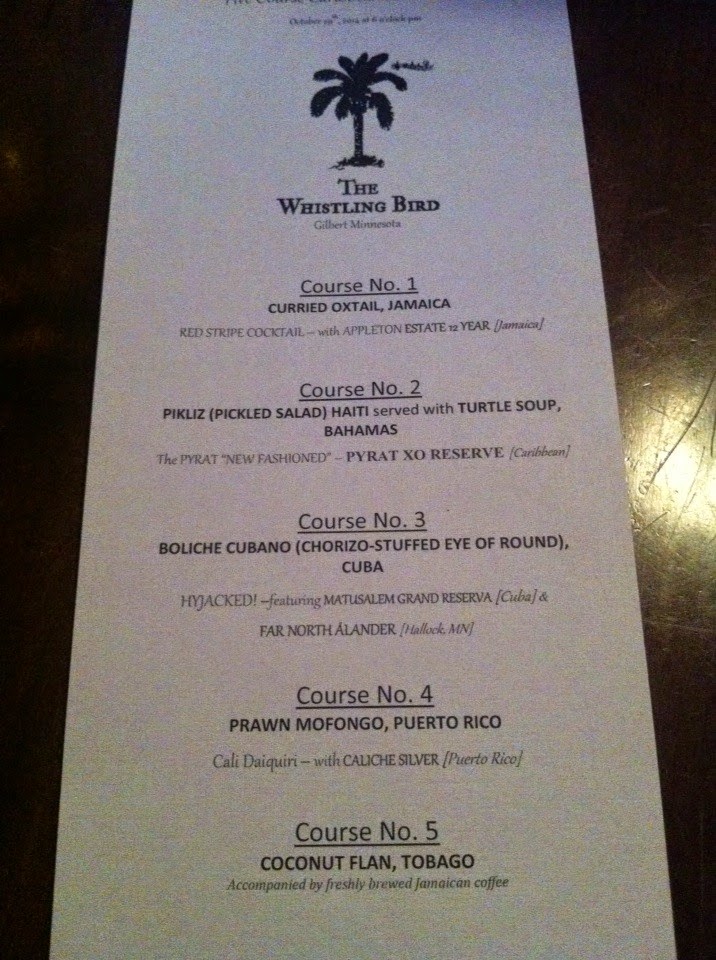 Our menu was a little out of order, I think because the oxtail wasn't done in time. So that got bumped down to #4, moving everything else up a course. 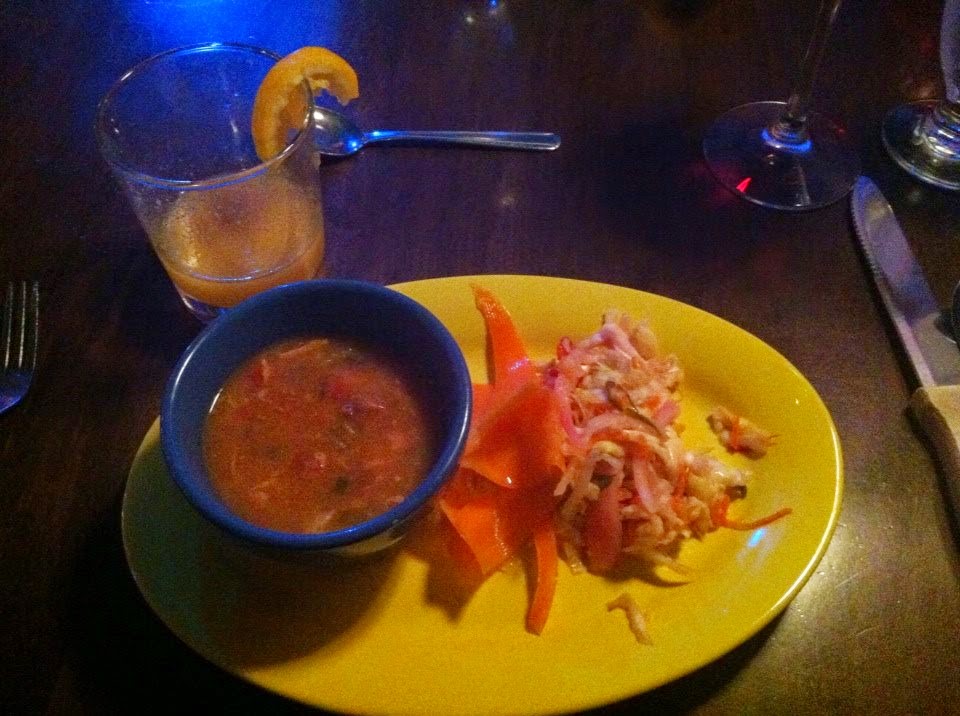 This course featured a turtle soup from the Bahamas, along with Pikliz from Haiti which is a pickled coleslaw. The slaw was probably the only thing I didn't love, just because the pickling was very strong. I was nervous about the turtle, but it was really good! I'd say it's very similar to duck, but maybe a little chewier like alligator. The flavors were outstanding. The drink was called a "New Fashioned", and featured Pyrat XO Reserve rum in orange juice and pineapple juice. It was alright, but I didn't finish mine. 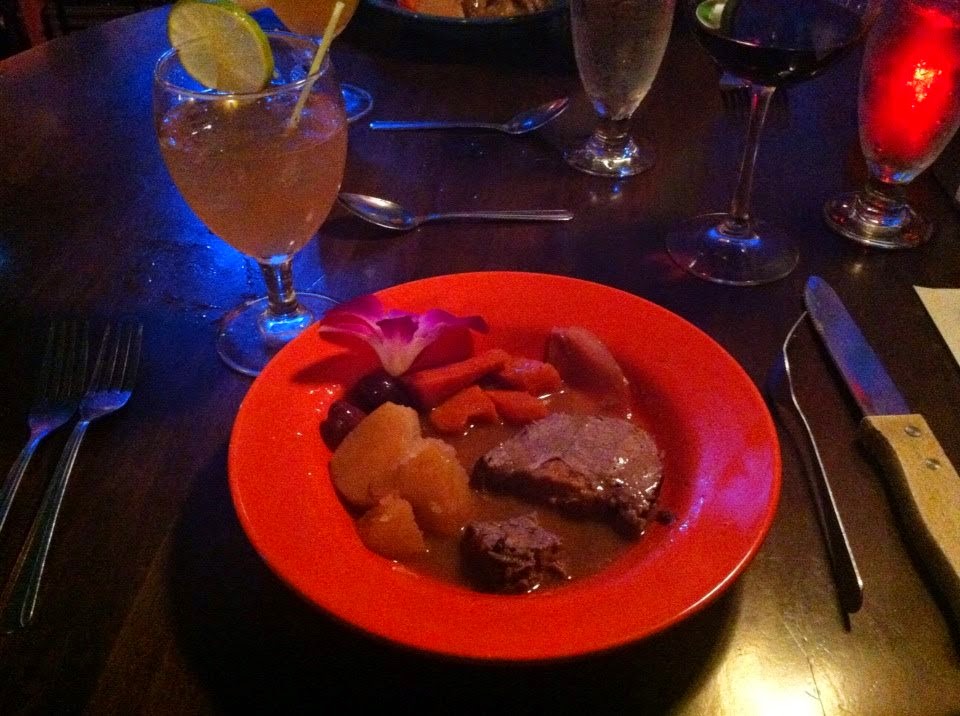 Sorry for a picture of half eaten food, but this was so good that I started in on it before I remembered to snap a photo. This was basically a Cuban pot roast. It's a cut of eye of round, stuffed with chorizo sausage with pototo, carrot, and some Kalamata olives on the side. I thought the olives were a strange pairing, but the flavor actually worked well with the dish.

The drink with this course was out of this world, mind boggling good. For real! It's a mix of Cuban Matusalem Grand Reserva rum and Far North Alander rum (made right here in MN!), along with ginger beer and bitters. I loved this drink so much, I finished mine and probably half of Trav's. Whoops! 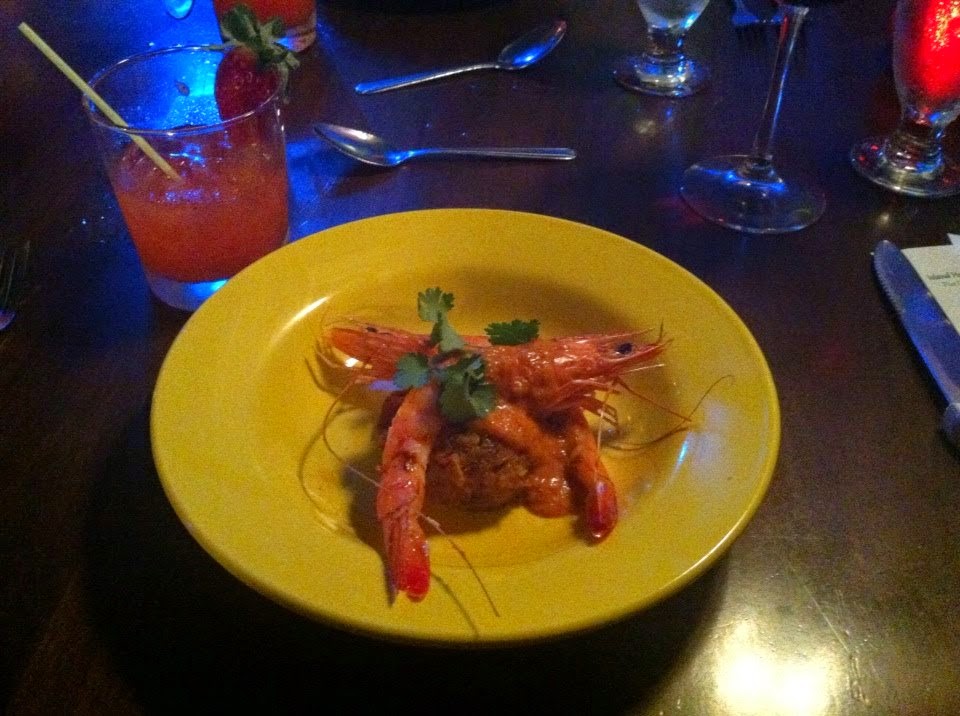 Prawn Mofongo. I was definitely surprised to be served the whole prawn, but at this point in the night it didn't really phase me. I just popped those suckers heads and tails off, and dove right in. They were served over a sweet plantain mash. The prawns were in a slightly spicy sauce, so the sweet plantain married well with the spice of the prawns. The drink served was basically a strawberry daiquiri with Caliche Silver rum. Good, but a little on the sweet side.

Unfortunately, I don't have a picture of this dish. It was probably the most talked about dish of the night, and I was pretty excited to try it. I was hesitant about the oxtail, which is traditionally served bone-in, and basically looks just like a slice of tail. However, the chef was nice enough to de-bone our oxtail. It's also a cut that has a lot of fat and cartilage, so I think he got rid of what he could.

The oxtail was served in a creamy coconut curry sauce. A little bit of heat, but not too much. It was served with sweet potato and coconut rice, which helped cool down the heat of the curry. Travis thought the oxtail was similar to a fatty rib meat. It definitely had more fat in it that I care for. Not something I would order off a menu, but would absolutely eat it again if offered. It was good!

The drink served with this was a beer cocktail: Red Stripe beer, Appleton Estate 12 Year rum, and lime juice. The lime was a bit strong for both our tastes, but I still managed to drink half of this one! 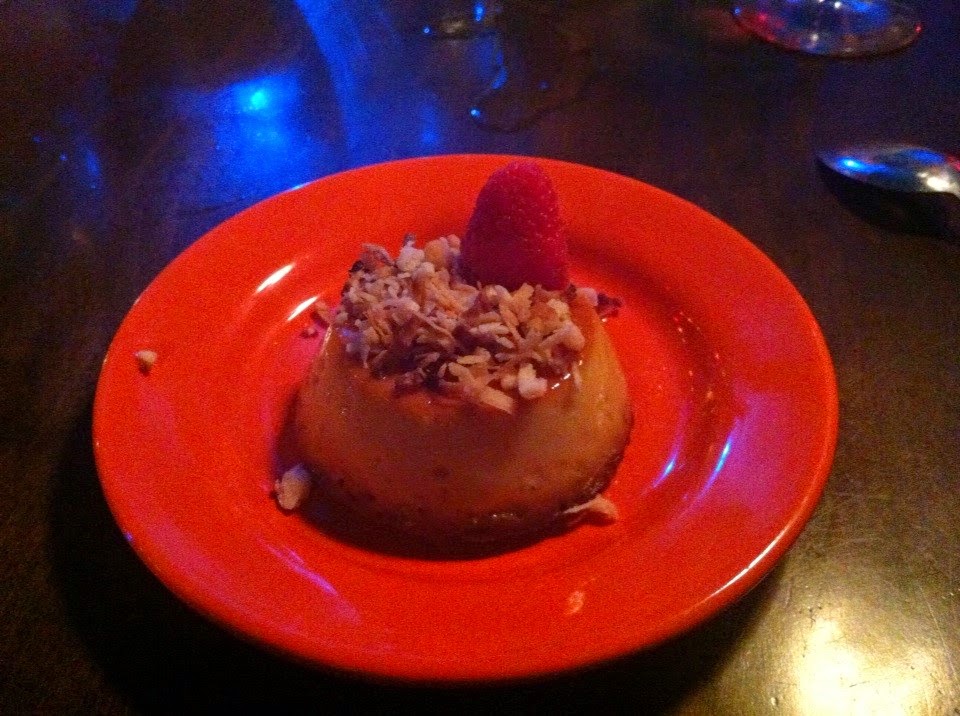 Mmmm, yummy coconut flan. Our finale of the evening was this lovely flan served with toasted coconut on top and a raspberry. It was paired with a really strong Jamaican coffee. After all that rum, I think we both needed the coffee! This was so tasty, I would have loved to bring a serving home with me. Or two, or three...

All told, this was a fabulous dinner. We had such a great time! It was really fun to go on a date, try some really new things, and just enjoy some good food. I would definitely do this again!

Have you done a tasting menu similar to this? Do you enjoy Latin food?