When we got home from St. Louis, I was pleasantly surprised to find a box from my Foodie Pen Pal! Not sure what a Foodie Pen Pal is? Check out my first experience here.

Since I kind of had a weird experience with my first box, I decided to give it a go again and see how October turned out.

I was paired with Mary, from Texas. Turns out that Mary is training for a half marathon as well! I was super excited to put a box together for her after finding that out. I filled it with runner friendly things, plus some breakfast-y type things since she said that's her favorite meal.

Here's what I got in return: 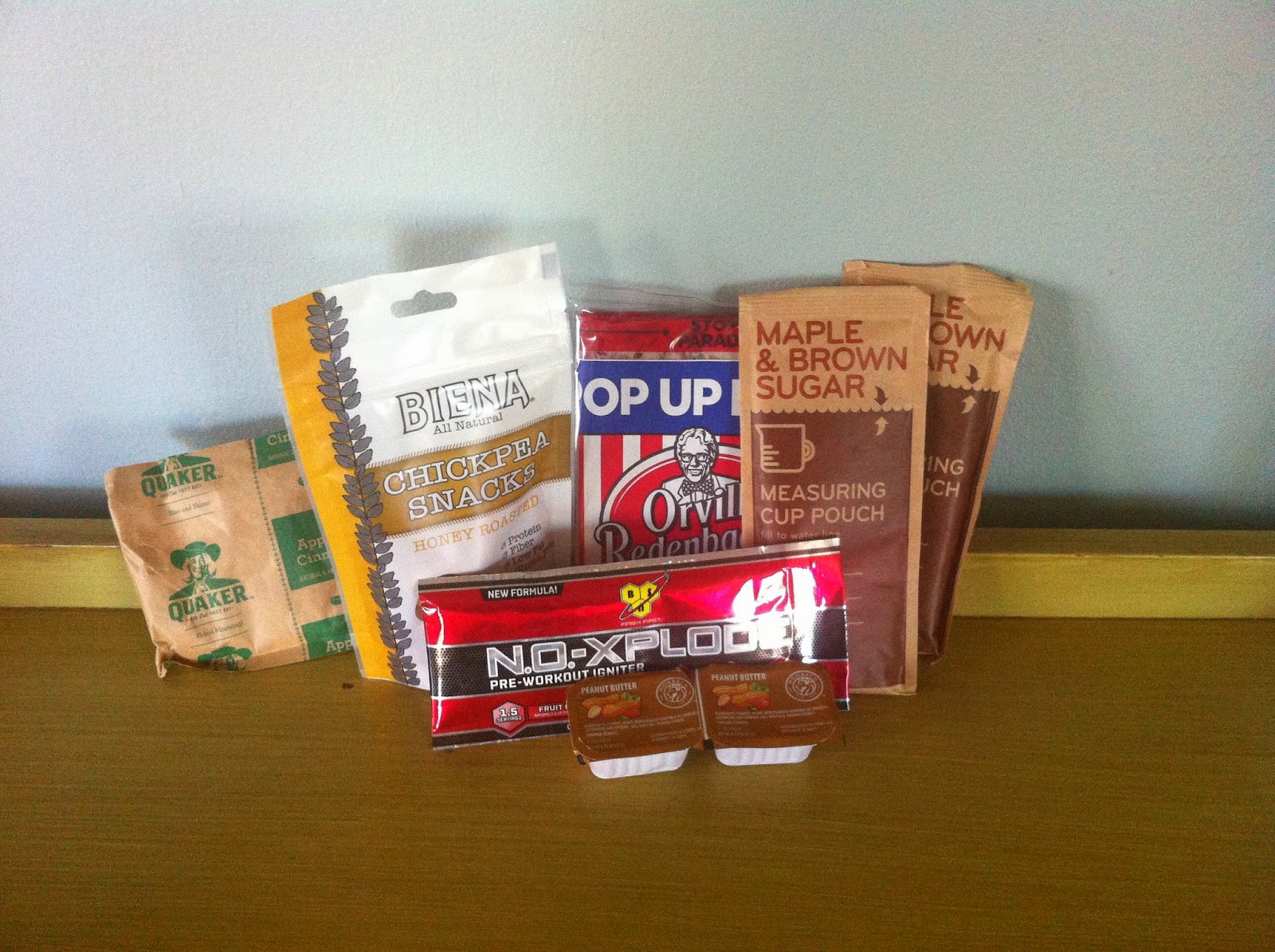 I've tried the chickpea snacks, and those are pretty tasty! I like the packets of peanut butter, those are convenient to throw in my lunch box for a mid-morning snack with my banana. But they're higher in sodium than my usual JIF natural, so I probably won't be switching any time soon. We eat tons of popcorn, so that was gone in no time.

To be honest, I'm not a big fan of oatmeal. I'd rather have a piece of whole wheat toast, if I eat breakfast at all. Also, the to-go packets are expired...by nearly 6 months...soooo I probably won't be eating those! I can't find a brand name on them either, to even check out the product to get more or find nutrition info.

I haven't tried the N.O. Explode mix yet. I typically don't go in for all that traditional work out supplement jazz, so this is new for me. I'll probably try it before my long run on Sunday, though.

Overall, I was a little underwhelmed with this box. There wasn't a note describing the items either, so I was really in the dark on the oatmeal. But that's the risk you take, and you get what you get. I'll probably take Nov & Dec off since there's so much going on in those months, but I'm willing to try again come January!

Do you eat breakfast every day? Are you an oatmeal fan?
Posted by Ali at 6:21 AM