It's time again for the monthly Runners Tell All blog link-up, hosted by The Lady Okie and Sunshine to the Square Inch. For a list of our monthly topics, go here.

This month we're talking about our race bucket list. The races we've set as "goal" races, the ones we'd love to travel too, and the ones that just seem like fun.

Honestly, being newish to running, I haven't given this a whole lot of thought. I love traveling, and I like traveling for races. But, I haven't invested a ton of time into thinking about which races I'd really like to do if given the chance. There are two, however, that I have thought about (read: started thinking about logistics, time off, drive time, fly time, etc).

First: The Detroit Free Press Marathon. If you've been hanging around my blog for any amount of time, this should come as no surprise. I've mentally committed to running a full, and this is the one I've chosen. It's in Oct, which is great to me because that means I don't have to train during the winter. Also, I have a lot of family in the Detroit area, so it would be nice to visit them as well. 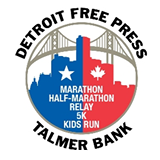 Next up is kind of a wild card, but one that I'm seriously considering as well. The Avenue of the Giants. Basically, you are running through the giant redwood trees in Northern California. This race includes a full, half, and a 10K. A running friend mentioned it a few months ago and really piqued my interest. It's in May, so I would just focus on the half marathon. Also, Trav's birthday is in May, so we could make this a "birthday trip". You know, with a half marathon thrown in there. But it's close enough to San Francisco and Napa that we could definitely make a full vacation out of it. I'm thinking 2016. 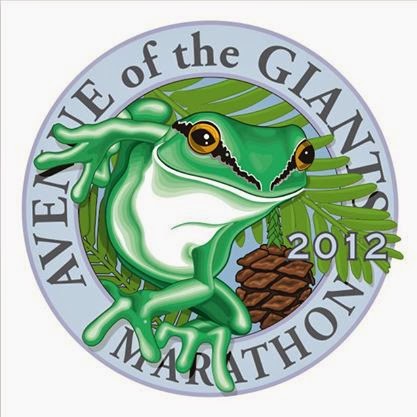 Side note: Humboldt County also hosts this same race in October as part of their county fair. At least, it seems exactly the same to me. Not sure about the distances though.

*I'm editing this at the last minute to add a race I just found out about. Vacation Races offers seven races hosted in or very near national parks. A friend of mine just did the Smoky Mountain half this weekend and said it was awesome. I was taking a look at the website, and saw that they host a half marathon near the Grand Canyon. Huzzah! That's on our bucket list of places to go, so totally awesome that I could fit the two in together. It is also in May. Hmm...now I've got some planning to do!

So, that's really all I have for a bucket list so far. I'd love to run in Europe somewhere, but I'd also just love to go to Europe - running or no running.

Go check out the other blogs to get some ideas for your own bucket list!