I'd like for you to think I'm pretty crafty, and that I have other interests besides running. I'd love for you to think I'm the next Martha Stewart. Sadly, this just isn't so. Typically, I'm more of a buy-it-new type of girl, even if it's an antique. I'm just not all about getting down and dirty with sandpaper, paint brushes, and all that sorts of stuff.

But every once in awhile, I get an idea. A light bulb goes off and I think "that can't be so hard, even for me."

Our house is a 2-story with kind of a weird upstairs. Actually, my whole house is kind of odd, but that's what you get for a house built in the early 1900's. We have a very small landing at the top of our stairs that opens to a very skinny hallway leading you to our bedrooms. This landing is not grand in any way, but I wanted to add a little something to make it feel cozy, rather than just be cozy.

An old milk can was what I had in mind, with some stuff coming out of the top. You know, branches, some flowers, and whatnot. Stuff.

This was just an idea until I finally decided to go to my favorite antique shop in town. It's in an old train station, and I always know they'll have what I'm looking for.

Favorite store did not disappoint! They had no fewer than three old milk cans. The first one I spotted looked pretty rough, so I kept looking. The other two had lids on them that would not come off, and were $30 & $40 each. No bueno.


This sad little gal has obviously seen some better days. It looks like someone tried to paint it a silver metallic color, and under that was green and an ugly red rust color. Under that was actual rust. Lovely. There's also a few small holes in the sides, but what do I care about holes? I'm not filling it with milk.

So after a frustrating day at work, I came home and went to town on the can. I started with a wire brush, getting the big paint chunks off. Then hubby lent me his electric sander and I made a huge mess. But I got most of the old paint off! I had to go back in with sand paper to get in the smaller crevices and on the handle.

Then I bought a bottle of Rust-Oleum Metallic finish and Rust-Oleum clear coat. I ended up doing about 2 1/2 coats of the spray paint, and 2 coats of the clear to seal it up. I bought some pretty Fall-ish foiliage to go in it, and voila! 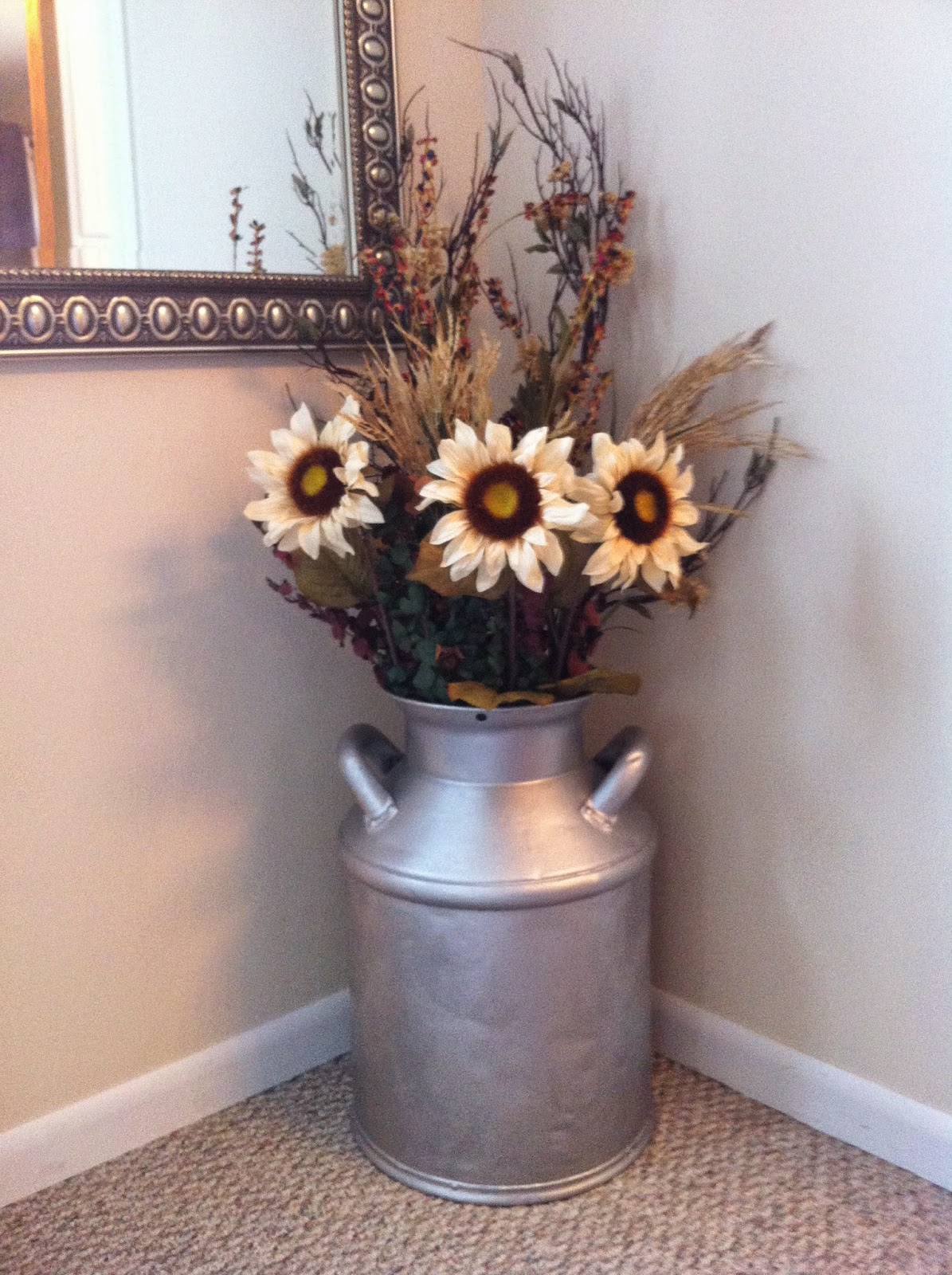 Ain't she purdy? I think so. I'm pretty happy with this small touch that adds some character to our little landing. 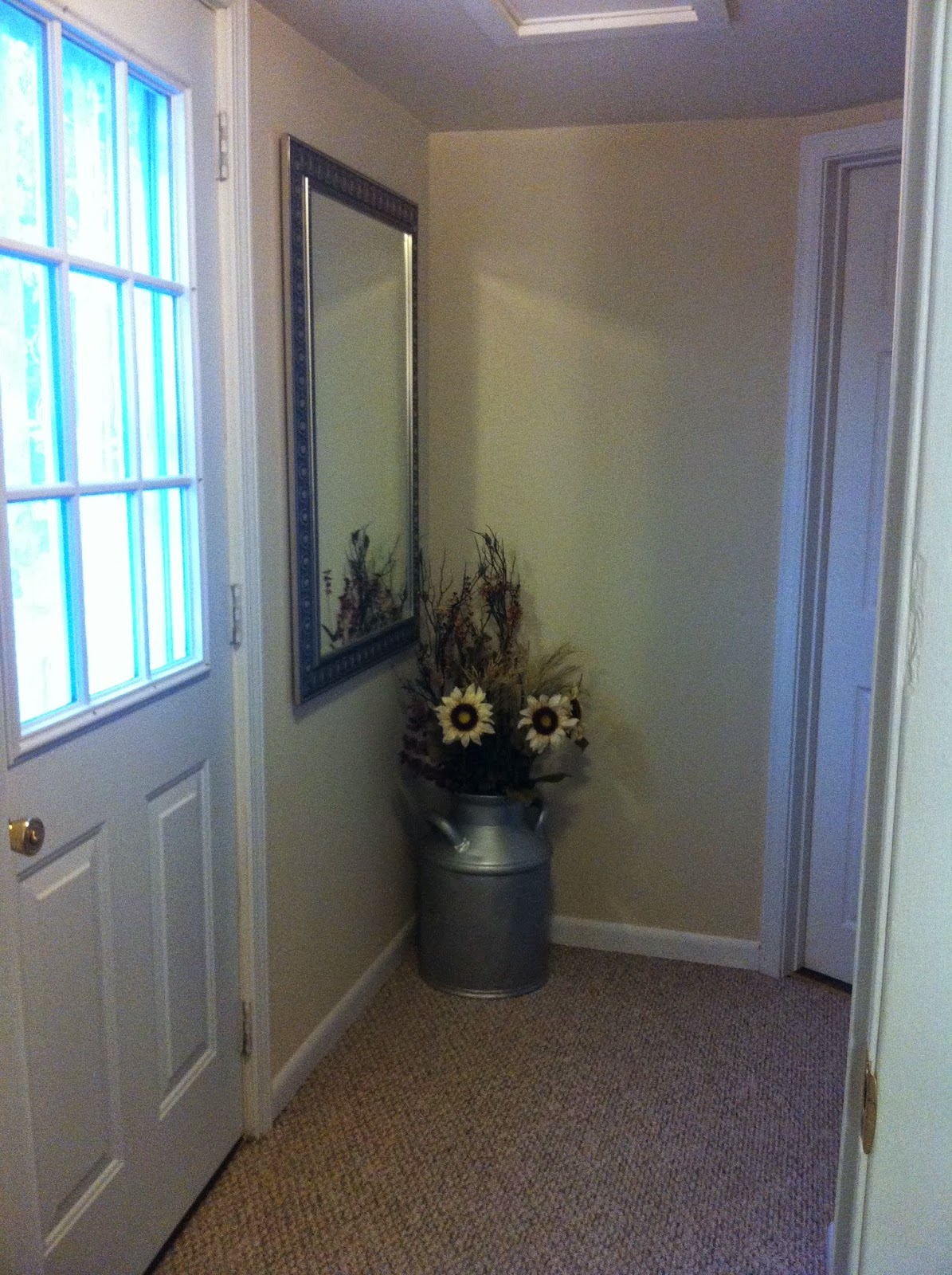 Are you a DIY'er? What kind of projects are you working on?
Posted by Ali at 9:07 AM