I meant to do this post at the end of June, as that would have been a full 6 months into the year. But with vacations, holidays, and you know...life...things got a bit delayed.

I'll keep my opinions brief since it's a long list already. Some I've reviewed and linked back to previous reviews. So here's what I've read so far:

Right now I'm reading It by Stephen King. Is it weird that I just felt like reading a scary book? I'm just about halfway though (at 1100 pages, that's some feat!), and so far it's not so scary. But I read 11/22/63, and it had some scenes in Derry, Maine where It takes place so it got me interested. Since this one is so long, it'll take a little while for me to get though it.

I made a goal of reading 24 books this year, which I have clearly blown out of the water. We'll see how many more I can get through by the end of the year! If you'd like to read more of my reviews and see what else I've read in the past, or future books, or just keep track of your own books, check out Goodreads. 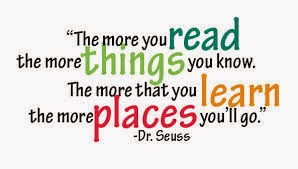 What are you reading now? Any suggestions for me?
Posted by Ali at 11:00 AM