Get ready to be spammed with cuteness.

I was so sure that Emily would want a Frozen themed birthday party.  I started pinning all sorts of cute ideas, and really had everything coming together. Then I thought "hmm, maybe I should ask her just in case." To my complete surprise, Emily said she wanted a Cinderella party. Well then! Back to the drawing board...

We ended up just having family over for BBQ on her actual birthday. I hung up some balloons, bought Disney princess plates from Walmart, a cake with the princesses on it, and called it good. Way easier than all my original planning.

I mentioned in my last post that we surprised Emily first thing by hanging balloons on the outside of her door. 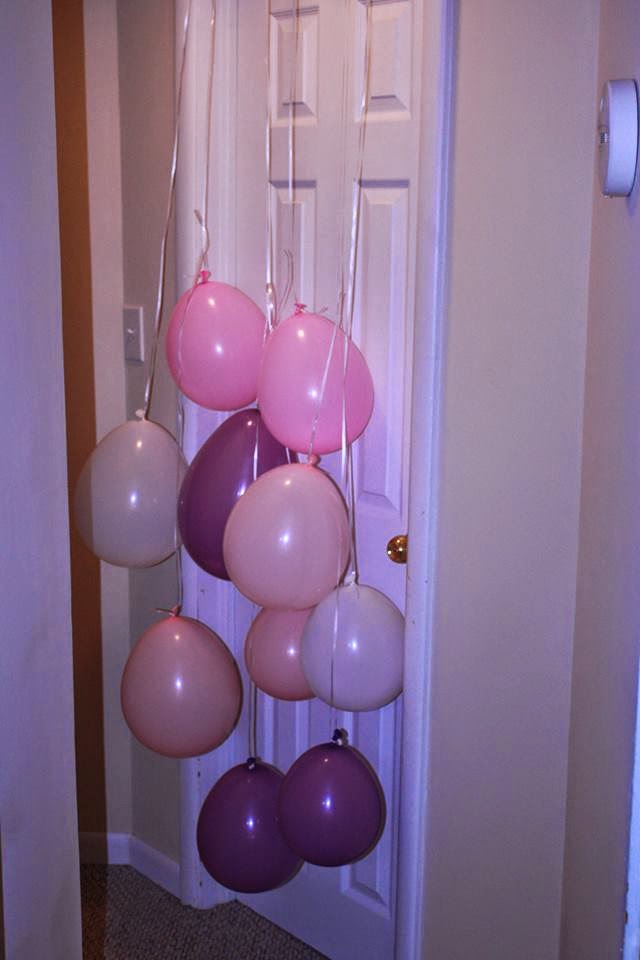 She was so surprised! 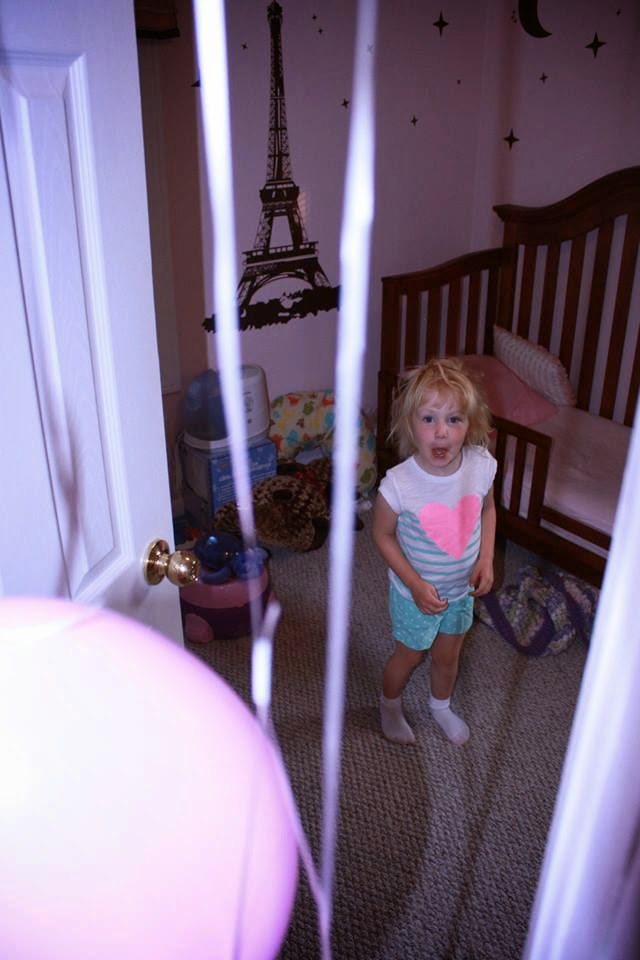 At first, she didn't really know what to make of that. Then she laughed and played with the balloons for a few seconds before she declared that she was going downstairs for breakfast. Alrighty then.

Here's the birthday girl before everyone arrived. I started running out of room for all of her presents at one point. Why yes, my daughter is slightly spoiled. But not by me! It's all the Grandma's fault. 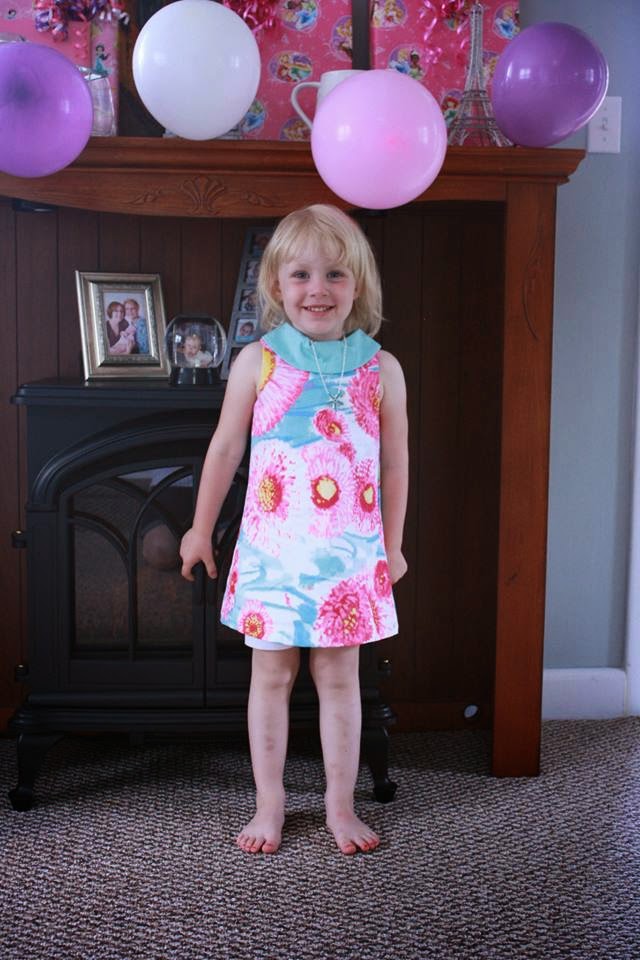 In fitting with the princess theme, Emily received no fewer than FIVE princess dresses. Five. Here she is holding up the Snow White dress, and you can kind of see that she's wearing her new Cinderella dress. She also received Ariel, Queen Elsa, and Princess Sophia. Since we already have a Belle & Rapunzel dress, I told Travis he's going to need to build her a small wardrobe for all her play dresses! 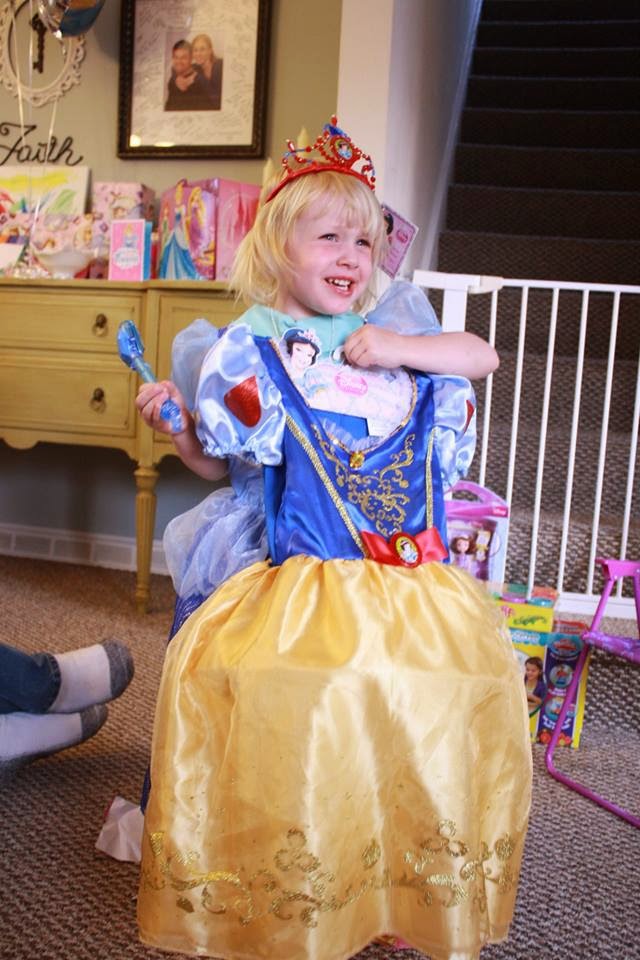 Wal-mart provided this awesome cake for us. I was really quite impressed with this because although I willingly ordered the cake, I was expecting something from Cake Wrecks as the final product. It's pretty tasty, too! 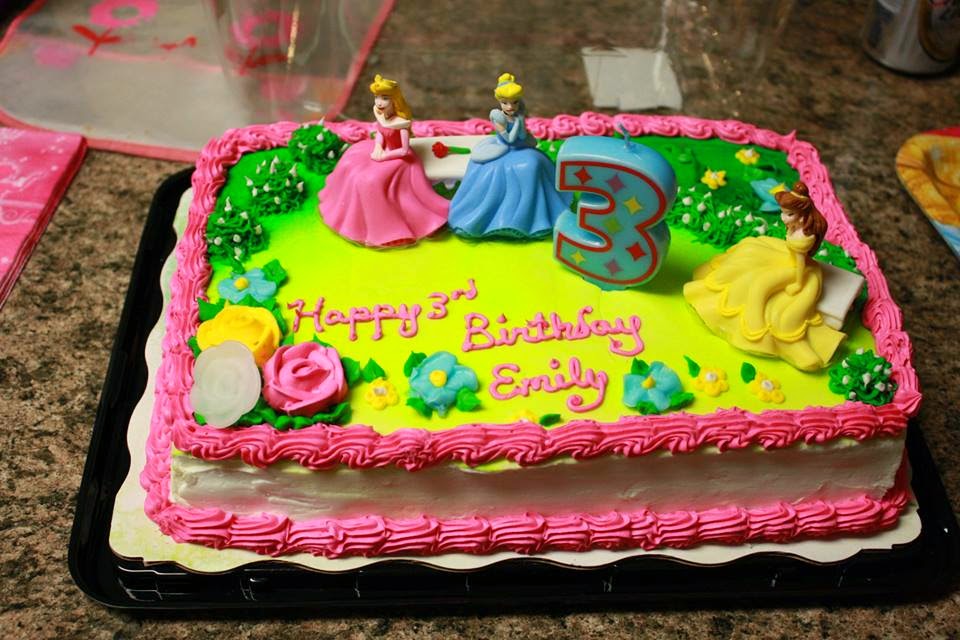 All in all, Emily had a great birthday. We are still cleaning up all the wrapping paper and balloons, but my little girl is happy and that's all that matters. 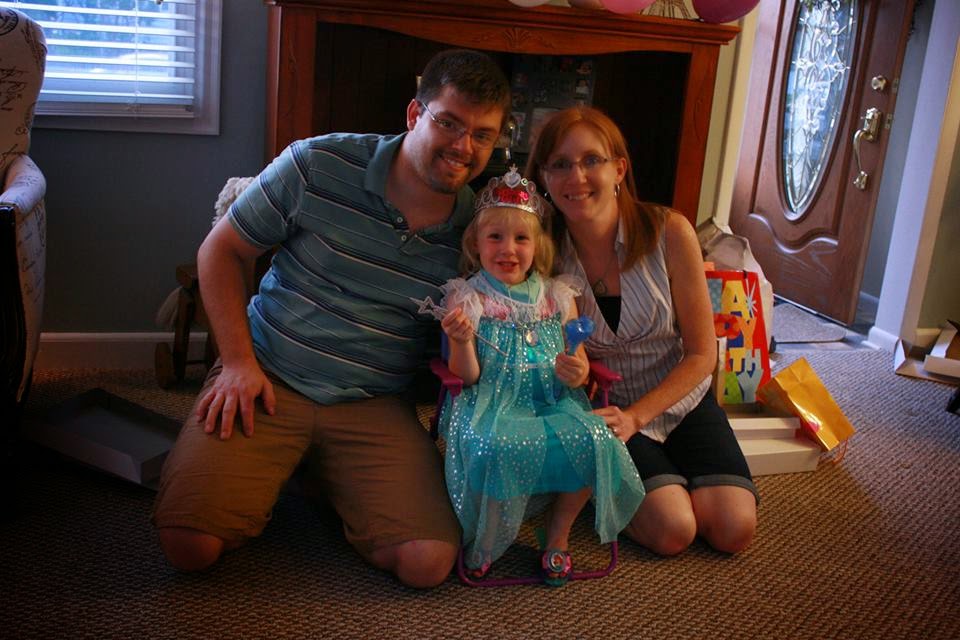