Hello again! I'm here to follow up with the rest of our trip, because I know you were hanging on to the edge of your seat in anticipation!

We ended up having a little tropical storm while we were down there, naturally. Scofield's come to Florida? Let's give them rain!

So on Tuesday we went to the Boynton Beach Schoolhouse Children's Museum. My mom has been on the board there for years, and was even President for a year or two. It was really neat for her to finally be able to bring her granddaughter there, and show us off a little. It's like a "Please Touch" museum, with lots of interactive things to do and play areas. 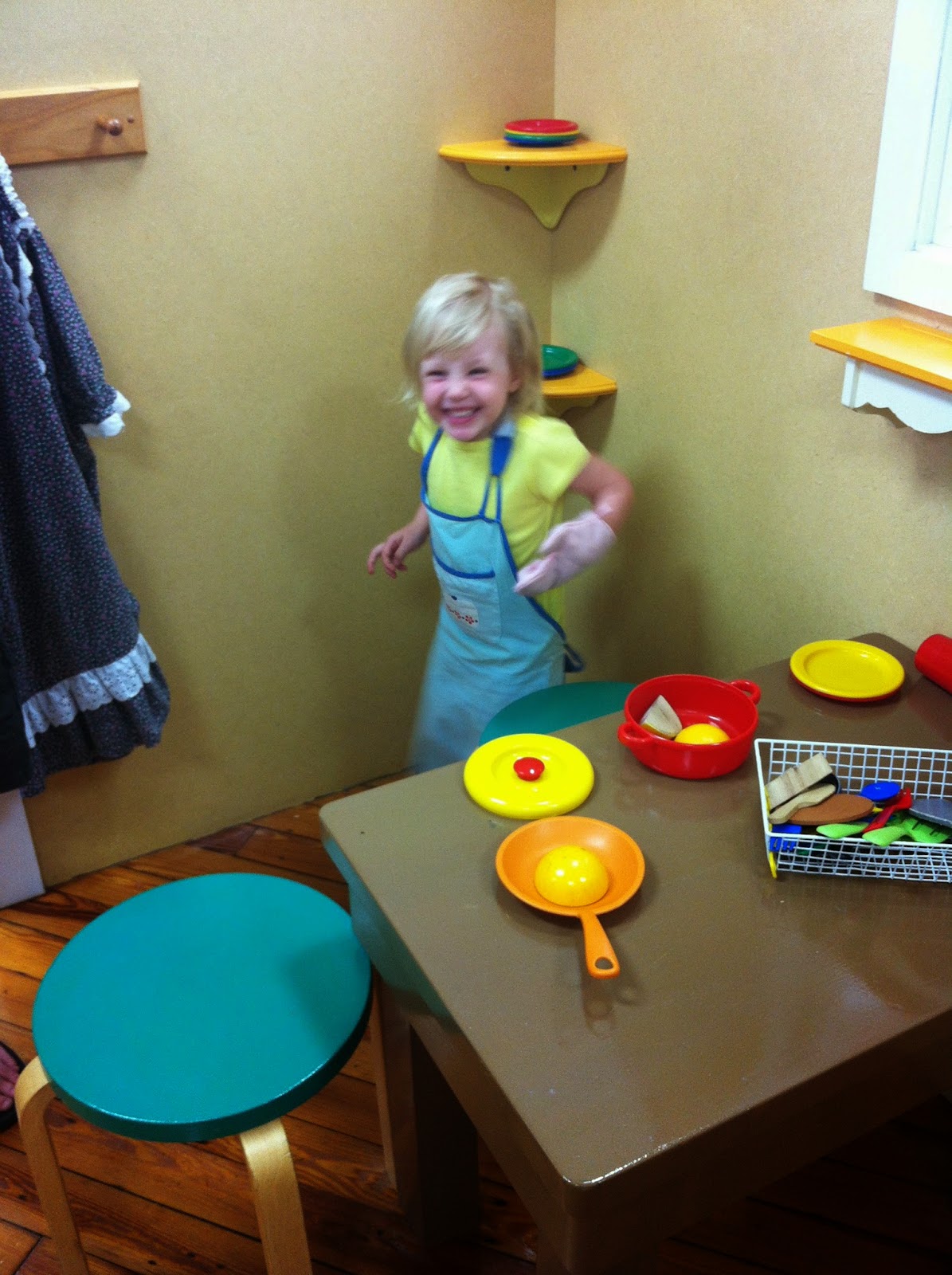 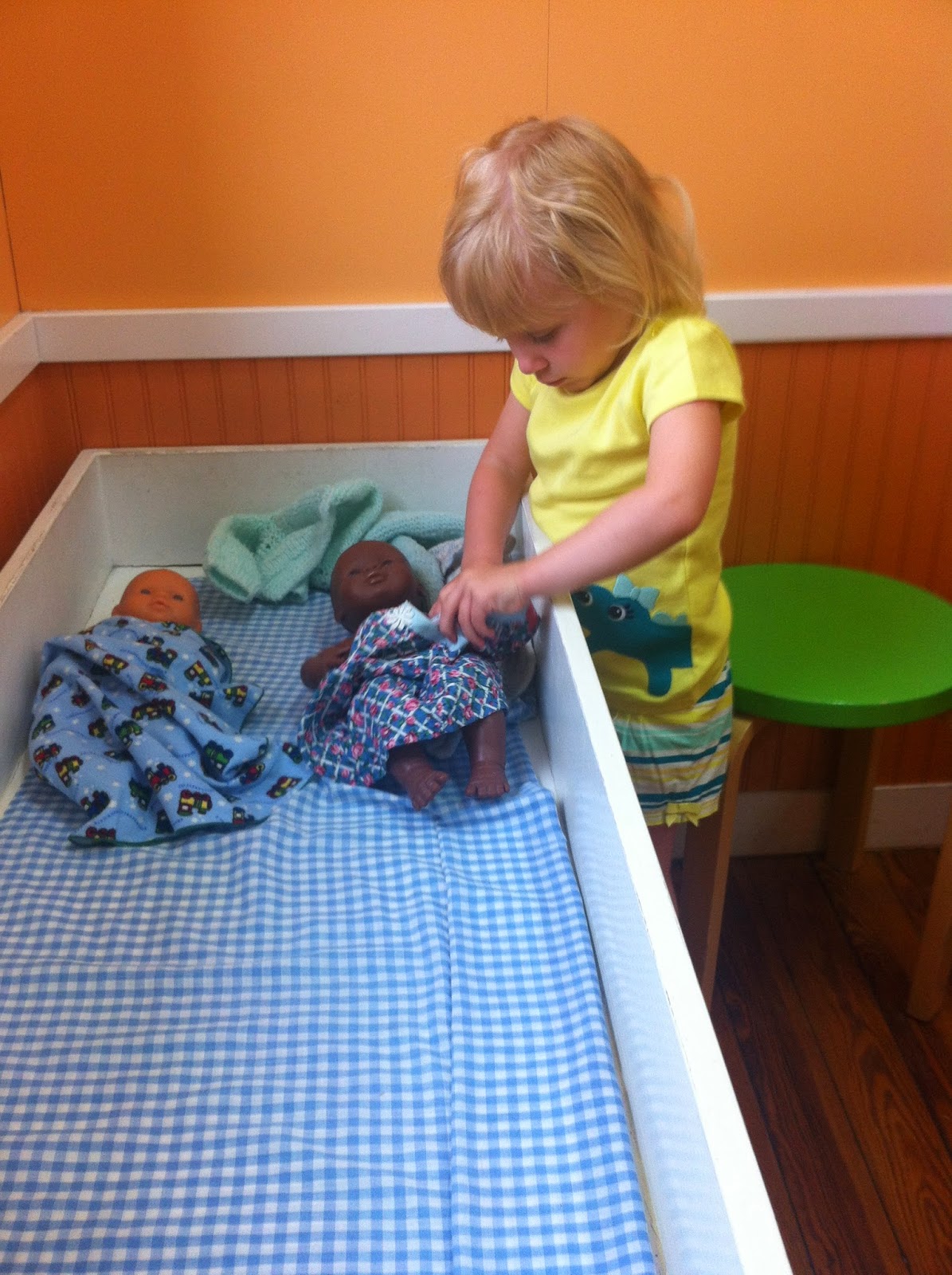 Emily is such a girly girl and loves playing house, making food and taking care of the babies. These were definitely her favorite spots in the museum. She also liked the fake train but was not all too hot on the whistle. Too loud!

On Wednesday we made the treck down to Miami to go to the Miami Seaquarium. The weather started off hot as blazes, but then it rained while we were watching the orca show, which helped cool things down. By the time the show was done, the rain had stopped and it was just slightly overcast  - kind of perfect! I have to admit that I was a little disappointed in the Seaquarium. I've been there a few times in the past, and I don't think the park has grown at all since I was a kid, but the prices have sure jacked up! If you go, try to find discounted tickets or a coupon. 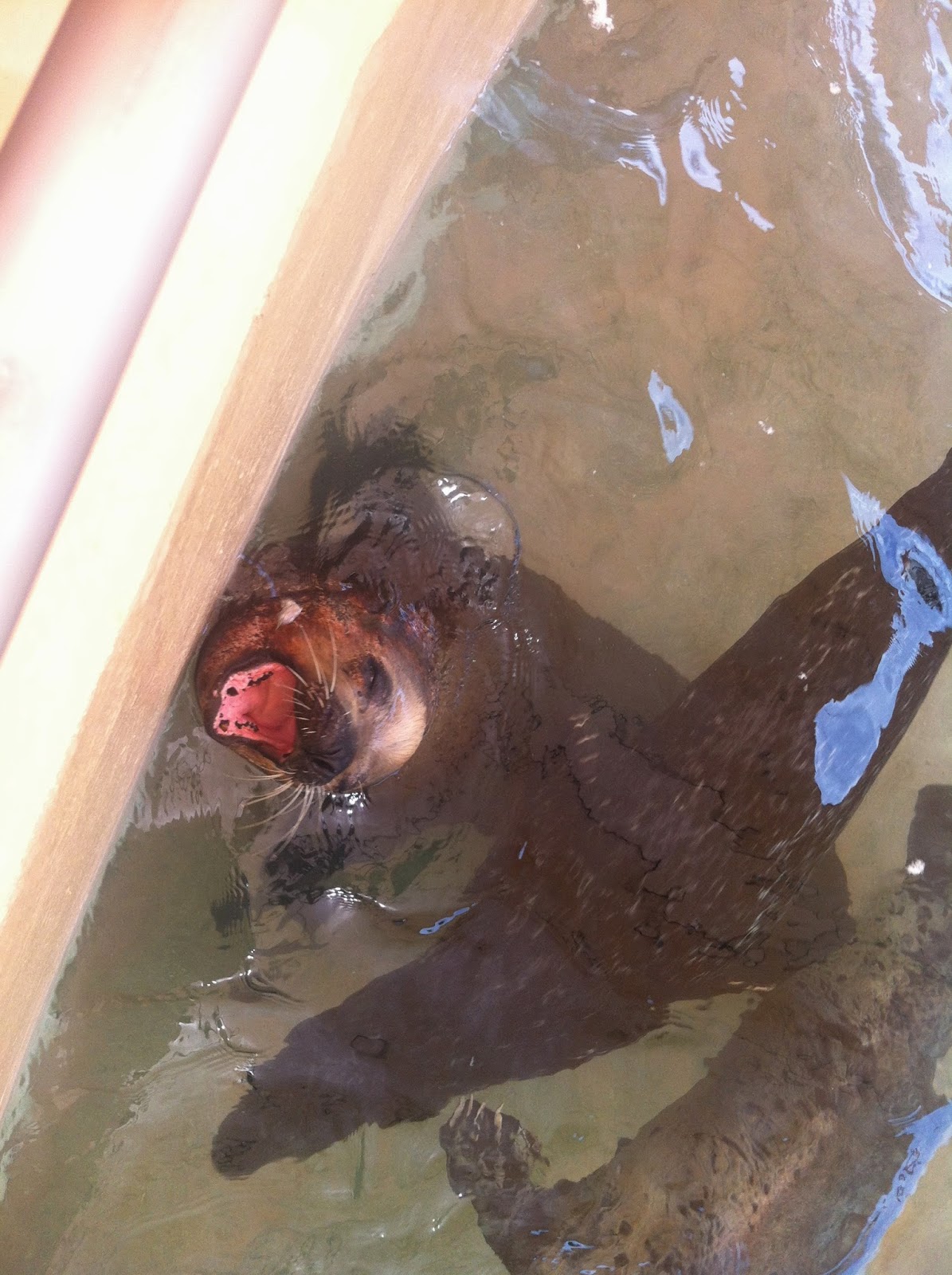 The best part was how close we got to the seals and sea lions. My mom even fed them! I wasn't touching the slimy fish, but it was fun to watch!

Afterwards we decided to go find a place to eat. I was thinking that it would be better to go to a restaurant than try the typical fare at the park (burgers, hot dogs, fries, that type of thing). We saw the Rusty Pelican restaurant at a marina right at the beginning of Key Biscayne after we crossed the causeway on the way into the island. We decided to go there, except we missed the entrance and ended up driving back across the causeway again! It was $1.75 to cross over again, which we decided was worth paying rather than the hassle of trying to find another place nearby.

Let me tell you this: there is nothing rusty about the Rusty Pelican! I felt totally under dressed the minute we walked in the door. It was way nicer than we had expected, but the food was delish! 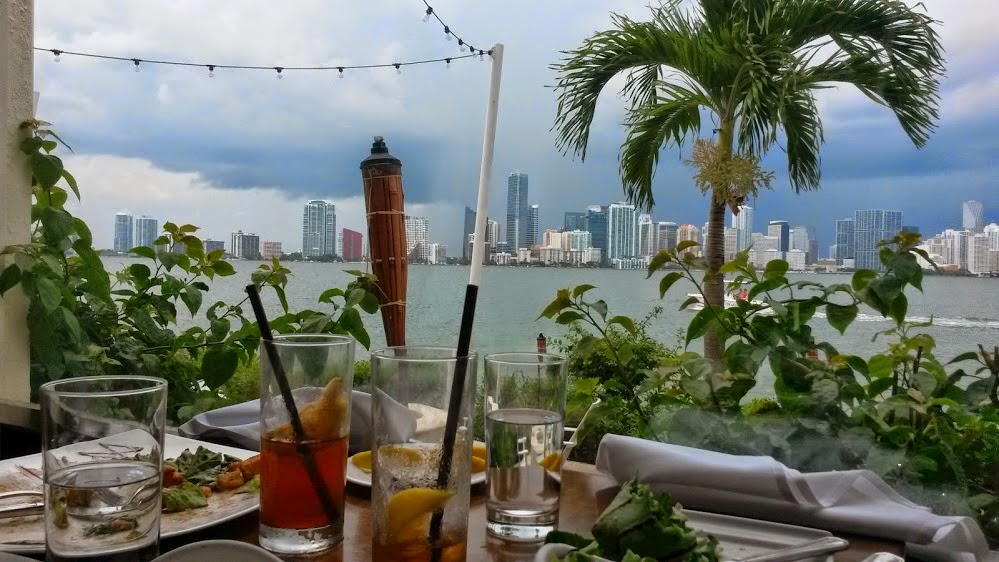 We also got to see the storm roll in over Miami from the other side of the bay. Kind of neat!

Thursday and Friday we mostly just went to the pool, finally blessed with some nice weather. It turns out that Emily LOVES the pool. She did really great learning how to kick, but still isn't willing to float much on her own (with the help of floaties). I think the part she loved the best was taking a "break" to go eat pretzels on the lounge chairs. That started happening every 5 to 10 minutes, until she was spending more time out of the pool than in!

Friday night we went to a neat festival put on by the city of Boynton. For the 4th of July, they reserve a big room inside a building at the city park right along the intracoastal waterway, and limit the party to 100 people. So we got to eat a catered dinner inside, and then sit on the second story deck to watch the fireworks over the intracoastal. We went down to the "festival" part too, where there were 2 live bands, and tons of stuff for the kids. We stood in line for an hour to get Emily's face painted, but it was still fun listening to the bands and sipping adult beverages while we waited. :o)

Emily did great with the fireworks, again - completely unexpected! We heard a few before hand, and she kept saying "those fireworks hurt my ears when they go 'pop pop'!" Travis held his hands over her ears during the show, and she just sat there, mesmerized by the display.

We packed all our stuff up with heavy hearts on Saturday to fly back home. Emily kept saying that she didn't want to go home, and asking if we were coming back to Florida. Of course baby, some day! I think she meant like tomorrow...

The return flights went really well, with a little help from Delta this time: 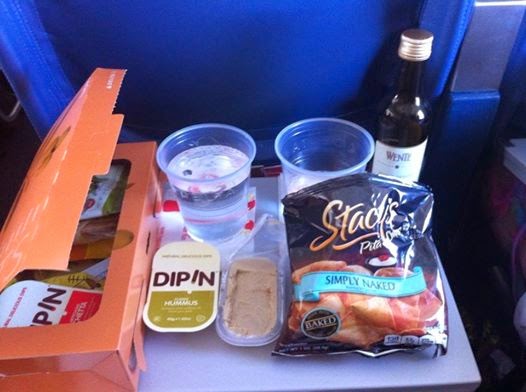 I never knew you could purchase food and wine on the plane! Well, I knew you could do that in first class, but not economy! So, we enjoyed some tasty snacks, and I had a mini-bottle of wine. It was really only one glass worth, but it looks bigger than that!

We had a great trip, one that I'm hoping Emily will remember for a long time. I'm so thankful to my parents for putting up with us for a week and shuttling us all over hill and dale. But I know they loved it too!