I would be excited about Wednesday, since it's hump day and all, but I keep thinking it's Thursday. Then I'm disappointed that we're only at Wednesday. Does this happen to anyone else?

There's some pictures from my race up on Facebook. This one isn't super great since my face is in shadow, but hooray for being on the podium! 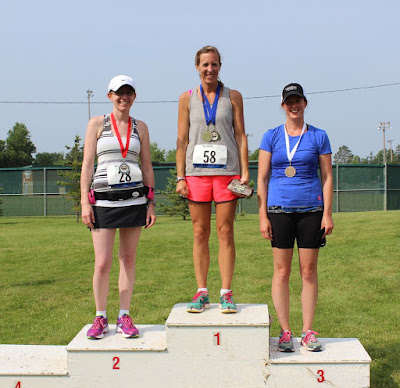 In literary news, Go Set a Watchman by Harper Lee came out yesterday. I pre-ordered it through Amazon, so my copy arrived yesterday. Unfortunately, I have 2 books on tap before I get to it. I really want to reread To Kill a Mockingbird before I read this one. 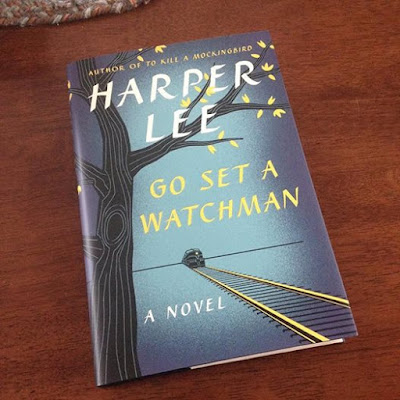 If only I could read all day...that's the life. Can I just retire now? Anyway...

There's been a ton of controversy over this novel, just in case you had no clue. Basically, it was "discovered" by some of Lee's family, and pushed into publication. The controversy mainly surrounds whether Lee actually wanted this to be published, since she's older now and maybe not of sound mind at this point to be making decisions.

Also, the infamous Atticus, known and loved by many, is maybe actually a racist in this novel. While some are calling this a sequel, we do know that Watchman was written before Mockingbird. Some say that Lee's editors made her do a major re-write, and that's where Mockingbird came from. So maybe Lee meant for him to be that way all along? I'm not sure we'll ever know. My plan is to read both and compare the two as individual texts; not prequel/sequel style.

Have you heard this song yet? (Completely switching gears here...I told you I was rambling)

Again...do you live under a rock?

Anyway, it is quite catchy, and I've been known to break into song at random. This one has been at the top of my list for a few weeks. Proof positive that Emily is my daughter: she has started singing this at random, too. Except her version goes:

How is your week going? Are you planning on reading Go Set a Watchman?